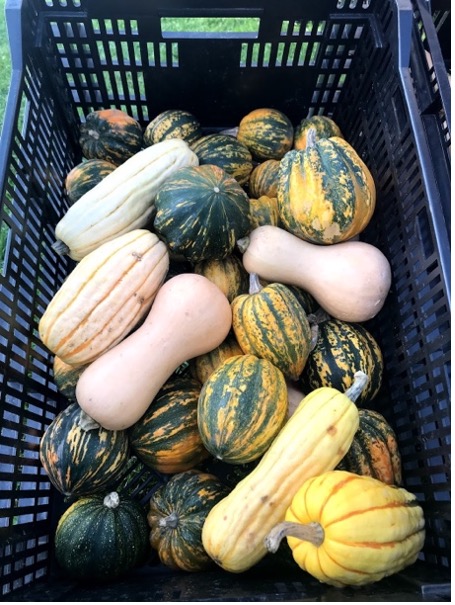 With winter approaching, the Withrow Park Farmers Market prepares to wrap up the 2021 season after a successful summer operating. As COVID-19 continues imposing limitations on how the market operates, this season has been a true testament to Withrow Market’s longstanding community support. From its origins in 2006, local residents have managed the Withrow Park Farmers’ Market with the aim of enhancing their community by supporting local organic farmers and diverse food producers and by making it easier for shoppers to access these hard-to-find products. October 16 is the last day vendors will showcase the best of their fall produce, like the assortment of squashes and gourds seen above. 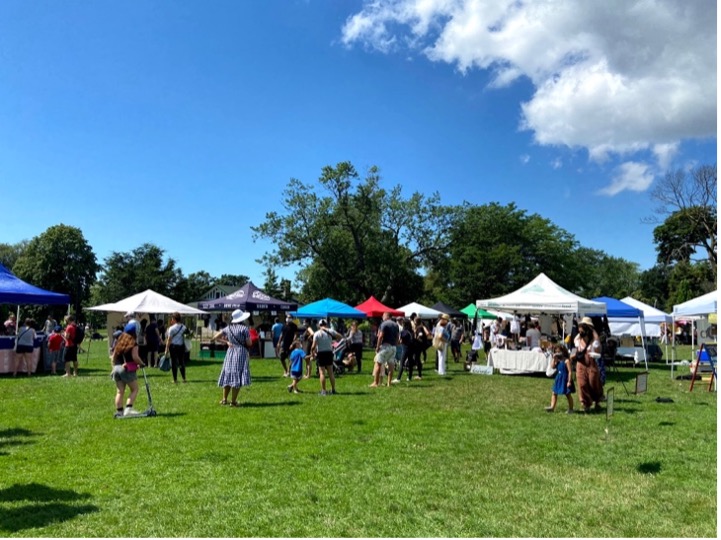 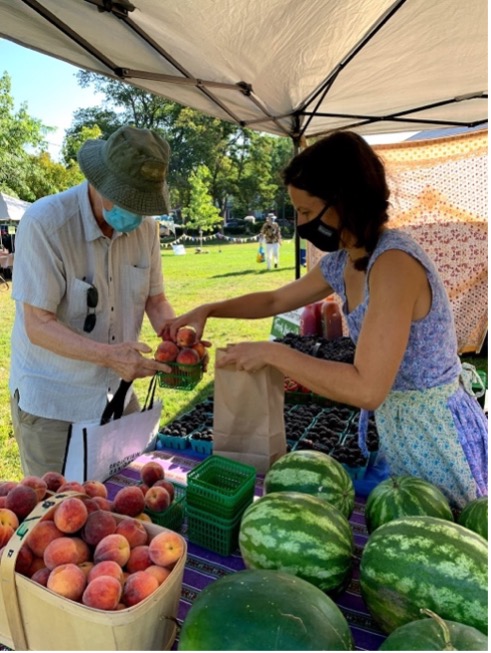 The market continues to offer contactless payment options and online ordering with pick-up via a Local Line storefront as it did during its operations in 2020. Commonplace public health measures, including social distancing and mask-wearing, are all in place. Different vendors note how seamlessly these regulations became the norm. 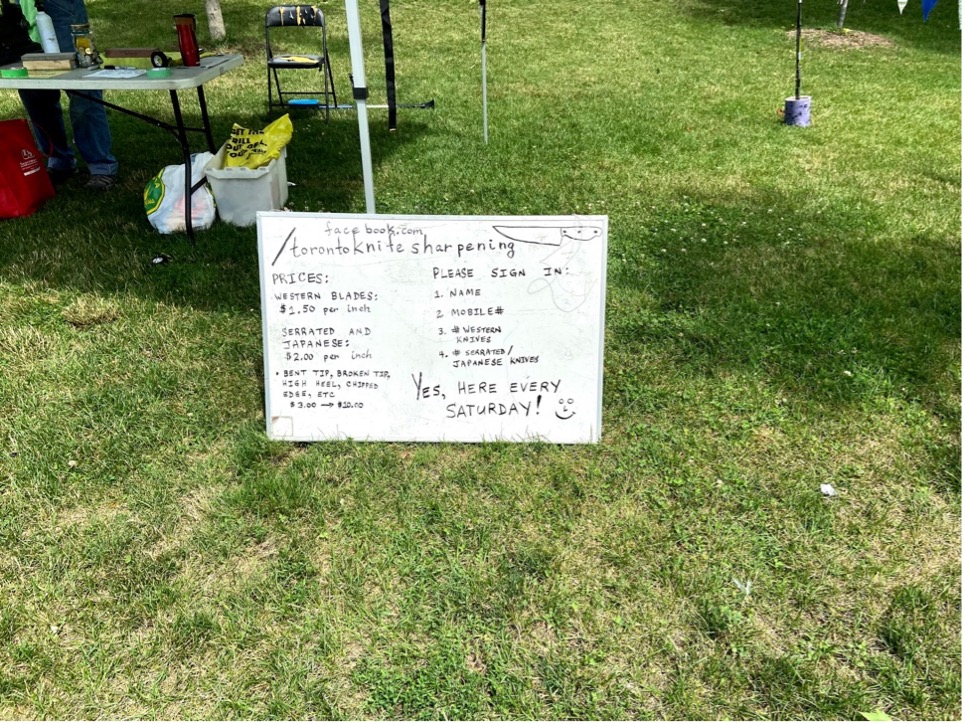 This year, Withrow Market was happy to bring back some of its non-food artisan vendors, whose work and livelihoods had been impacted by previous municipal regulations on farmers markets. Unlike musicians, who are still not allowed to perform at these markets, artisans express their gratitude for having spaces to showcase their work. Jordan’s Toronto Knife Sharpening, seen above, has been a particular favourite at the market this year. 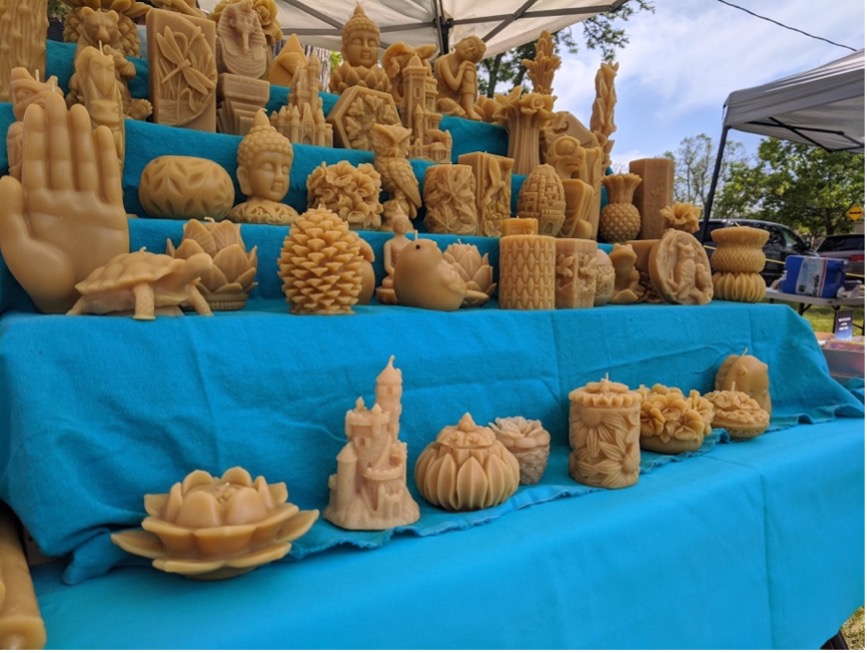 Bryan Hamlin’s beeswax candles and art have also caught many market-goers’ eyes this season. As a beekeeper, he has been involved with creating awareness of the important contributions pollinators make to the environment.  The art and sculptures themselves are inspired by nature and celebrate seasonality, as well as the cross-cultural interests common to the market community. 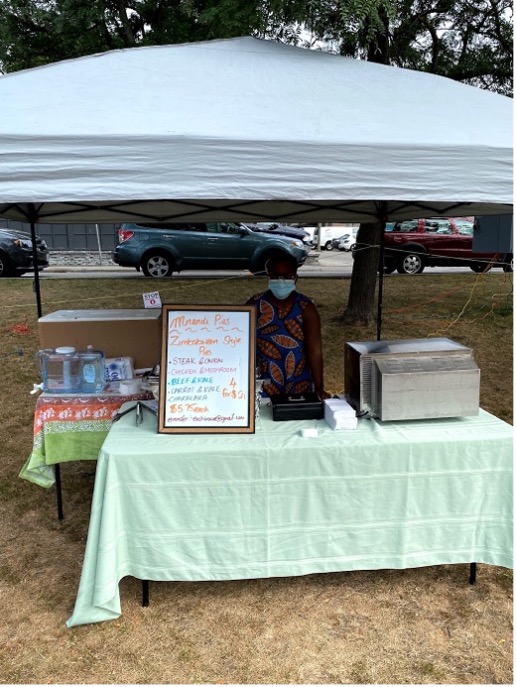 Withrow Market also continues to recognize the importance of small-scale food producers, bringing together a diverse group of prepared food vendors. Evis from Mnandi Pies, seen above, has been a staple at Withrow Market, and other farmers markets across the city. Bringing flakey Zimbabwean pies to the Market every Saturday, she has quickly become a favourite amongst the community. 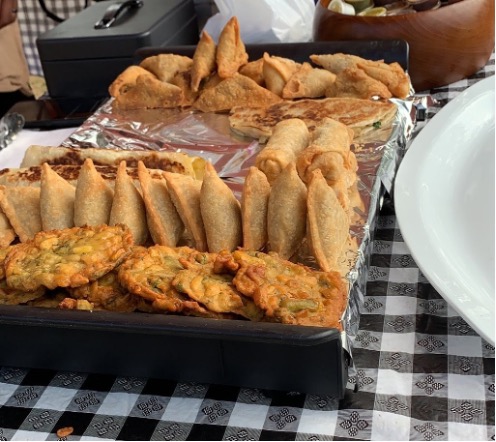 Fathima’s Kitchen’s crispy samosas and pakoras are other well-known products amongst the Withrow Market community. It is hard to miss this stall as you walk through the Market, with the enticing scents of these Sri Lankan dishes and snacks filling the air. 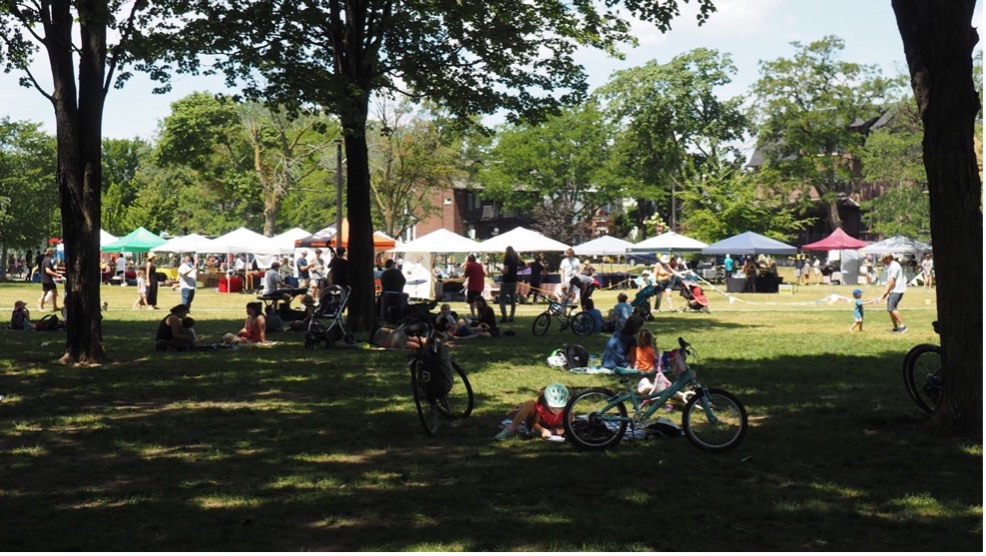 With all these delicious food options, it is no surprise that Withrow Park is commonly crammed with families who cover its grounds with picnic blankets and bicycles while enjoying their market fare. It is in this way that Withrow Market creates a spirit and liveliness every weekend. The park also allows the market’s large volunteer base a space to run smoothly. 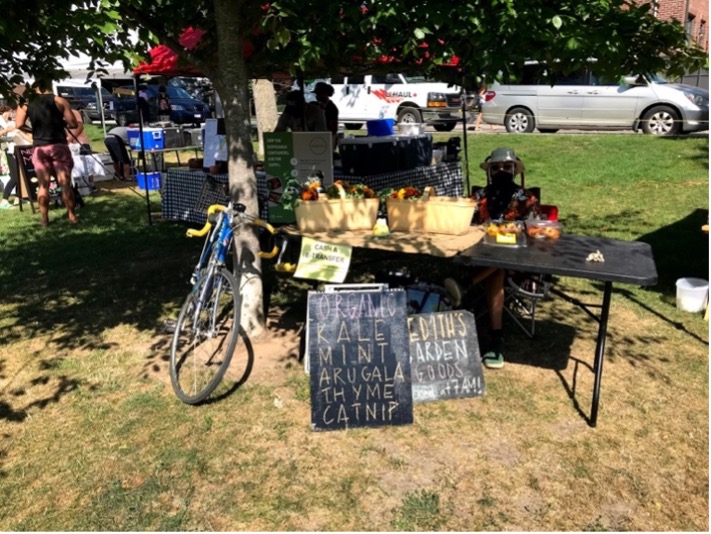 With Withrow Market’s Urban Grower Project entering its second year, the initiative has gathered a total of four vendors. Longstanding grower, Wil, seen above, was the first to join the project back in 2020. Since farmers markets do not commonly sell food from urban growers, Withrow Market is committed to providing a space for them to participate. Urban agriculture increases access to local fresh produce, reduces barriers to accessing farmland and can create linkages between food production and consumption. The support that the Project has received points to the community and values the Market has fostered—a community that puts sustainable, producer-centred community-responsive initiatives at the forefront. 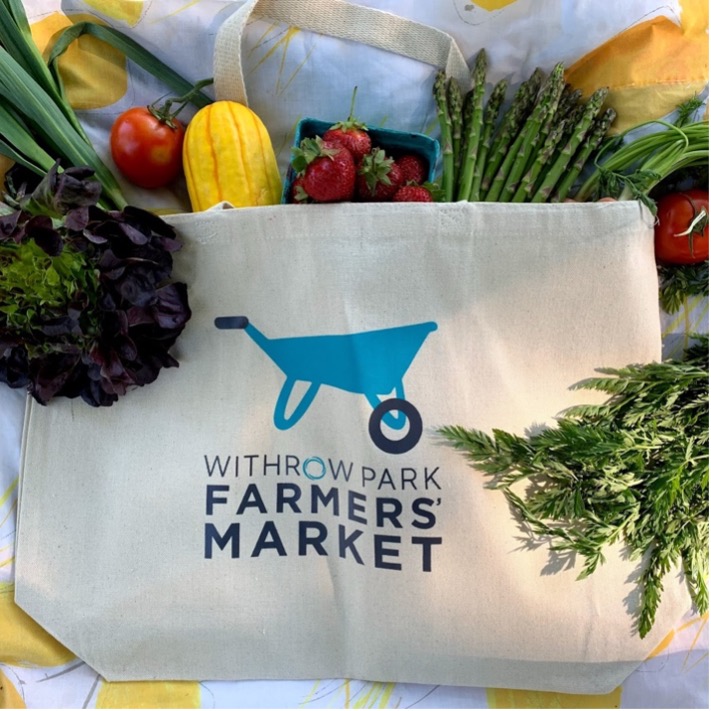 Looking ahead to next year, Withrow Market hopes to welcome its longstanding market vendors, continue to grow its community initiatives in response to marketgoers’ feedback, and also welcome its musicians back. Due to the Market’s ability to quickly respond and adapt to COVID-19 and the community support it continues to receive, Feeding City is excited to see what is to come from Withrow Market in 2022.