You see what you know 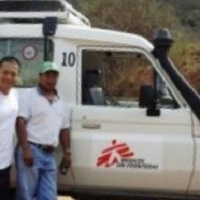 Chagas disease, caused by a tropical parasite, is a slow moving bullet. After the initial symptoms, the disease becomes chronic, sometimes damaging the heart and internal organs. Symptoms often do not reappear for many years. In 2004/05 Kenneth Tong, an IDS Co-op alumnus, was sent by Médecins Sans Frontières (MSF) to report on the disease’s impact in Guatemala and Bolivia.

After visiting doctors and nurses treating Chagas patients, he took a wider look at the problem. Driving through the countryside, he noticed that the community was in the midst of a harvest, clearing land in controlled burns and removing branches and leaves which are later used to build typical “casa de basura” rural houses. He made this connection: these leaves are also where Chagas-carrying insects lay their eggs. All over Latin America, Chagas was being invited into people’s homes.

Kenneth attributes his ability to see the bigger picture behind Chagas disease to the interdisciplinary training he received in the IDS Co-op program. With a previous degree in environmental science and biology from Trent University, Kenneth decided to focus on political science while at UTSC. On placement in Harare, Zimbabwe, he navigated both the social and environmental aspects of forestry conservation in his role with the Southern African Development Community and the International Development Research Centre.

IDS professor Tony Price sums up the value of the program’s interdisciplinary focus: “You see what you know.” Getting students to look at development problems from a variety of angles helps them tackle the problem at its roots. Kenneth believes in seeing every humanitarian issue from this perspective, and his career as a communications professional is about helping regular Canadians see it that way as well.

Shrinking the world through communications

When Kenneth started at UTSC in 1993, there was no Google, Twitter, or Facebook. “Websites were 90% text and almost no photos,” he says. “At that point I already felt like the Internet had such a huge capacity to make the world a smaller place, to transmit the idea that ultimately we are all the same. We are all humans, we have the same fundamental experiences: hope, sorrow, joy, pain, happiness, dreams.”

The IDS program didn’t have a communications component at that time, so Kenneth took the initiative to fit this passion into his learning. The flexibility of the program often allows students to follow interests that haven’t traditionally been a part of the core courses. For his thesis – an IDS Co-op requirement – Kenneth looked at how different communications technologies have been used to propel political movements and human rights, and how the internet was the emerging method of this generation.

Kenneth took his passion for communications with him when he left the IDS Co-op program. After graduating, Kenneth completed a CIDA internship with the International Institute for Sustainable Development (IISD), working as a communications intern at the World Conservation Union in Pakistan. This led to a job as the Digital Editor of IISD’s Earth Negotiations Bulletin, a publication which provides political analysis of global environmental and sustainability policy development at the intergovernmental level.

Kenneth then learned about a web-based I.T. position at MSF Canada through the IDS program’s listserv, and was encouraged to apply by another IDS alumnus working at MSF. He was chosen out of 400 applicants and this year, Kenneth celebrated 10 years with the Nobel Prize winning organization. To mark the occasion, he spent a year reconnecting with field work based in MSF’s Johannesburg office, as the Operational Communications Advisor for the Southern African region.

For Kenneth, communications is about how development information gets from the field to the Canadian public. “Communications means you’re the face of the organization. You could be speaking to anyone – a student, a homemaker, a journalist, a donor, a blogger, a policy writer, a business professional. You facilitate an understanding of the world around them, what is happening in another place that they know little about, and this has the potential to make the world a smaller, more human place.”