Congratulations to our 4 recipients of the 2022 UTSC Political Science Department’s Leadership Award. This year's recipients are Akshita Aggarwal, Esma Boztas, Katherine Todd and Betel Woldu. The award recognizes outstanding leadership by a UTSC student in political science during the 2021-2022 academic year.  Read more below about our recipients this year. 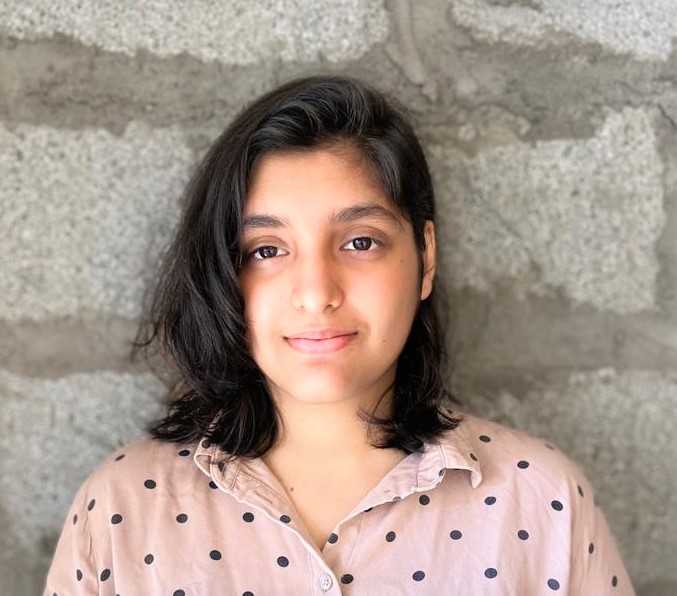 Akshita is an upcoming 2022 June graduate, double majoring in political science and economics.

Her experience at UTSC started off with first learning how to navigate a completely new country, weather and culture. She notes that the UTSC community, especially the staff and faculty members have been very welcoming and encouraging that allowed for her to get engaged in a variety of activities, initiatives and clubs throughout the four years spent here.

While completing her Major Program in Political Science, her favourite political science courses were POLB50 with Prof. Cochrane, POLD30 with Prof. McDougall, and POLD95/98 under the supervision of Prof. Triadafilopolous. POLB50, a year long course that was interrupted by the pandemic, provided the foundational knowledge on the workings of the Canadian governmental system that would contribute to her interest in the focus area moving forward, and POLD30 allowed for her to gain a deeper understanding of the legal system and the philosophies and approaches upon which lawyers and judges base their work. Lastly, through POLD95/98, Akshita had the opportunity to explore a topic of her interest, understanding how human trafficking is conceptualized politically and legally at the international and national levels  and the influence on anti-trafficking public policies and legal frameworks, that culminated into a final thesis.

During this past year, Akshita served as a research assistant to Professor Julian Campisi in his research on the changing immigration policies of countries in the West during the COVID-19 Pandemic, where she conducted literature reviews and accumulated data on the immigration patterns and trends for several countries. Akshita has also served as an assistant to the Mooting and Mock Trial Vice President and has been the Director of Publications for the Law Society of UTSC (LSOU) during which she had the responsibility for running the Legal Blog with weekly updates, and organizing various events including the Highland Mooting Cup, the Webinar Event series and Legal Industry Panels, where leading members within the legal field were invited to talk to students about their professions.

Akshita is currently planning on taking a gap year to work towards her PR and plans to complete a Masters Degree before pursuing JD studies. Her long term plans include a career in law before transitioning into the academic field, completing a PhD and serving as a professor. 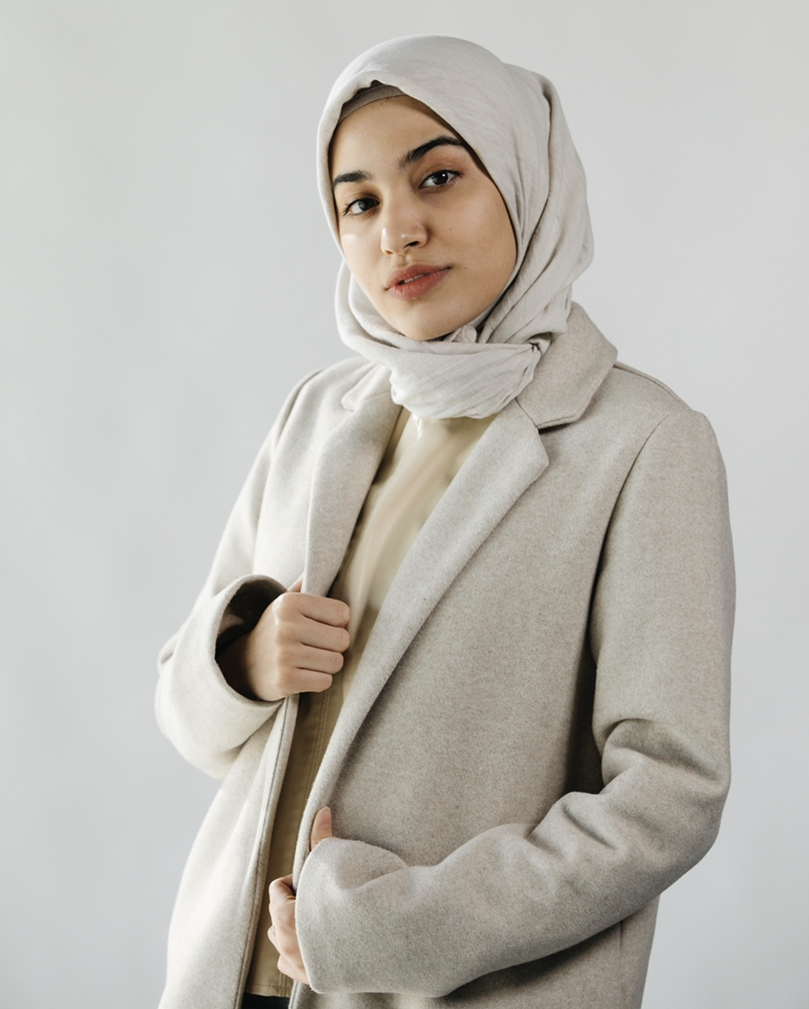 Esma Boztas is an upcoming November 2022 graduate, double majoring in co-op Public Policy and Psychology and minoring in Critical Migration Studies and French.

In addition to playing active roles in the Muslim and refugee communities, she has also significantly contributed to the Department of Political Science and UTSC as a whole through the different elected and hired volunteer positions she carried throughout her undergraduate years.

In the last four years, Esma created lasting impacts through the roles she had in over 13 associations. As the elected Political Science Director in the Scarborough Campus Student Union, Esma recommended to the department to create the leadership award, hosted various events to bring the students and faculty together, and created an online community for the students of the department to exchange information and resources amidst COVID-19. Through her role in the Law Society of UTSC, Esma helped initiate the annual UTSC mooting competition, the Highland Cup. Esma also initiated the virtual group studying culture at UTSC amidst COVID-19 through her role in StudyHub UTSC, the club she founded. This year, Esma also held the Elected Undergraduate Student Representative role on the Campus Council, through which she actively sought out students' needs and communicated them to the board. Esma mentored countless students and helped them adapt to UTSC from their first year, by taking an active role in FROSH as the Master of Ceremonies of the first-ever online FROSH and serving as the coordinator of the first-ever hybrid FROSH of UTSC.

Esma states that her experience at UTSC has been transformative. She advises first-year students to get outside their comfort zone and be open to failure, for which she notes is the shortcut to growth and discovering one's strengths. Her favourite Political Science courses were POLA01H3 with Professor Phil Triadafilopoulos and POLB50Y3 with Professor Christopher Cochrane.

Esma's favourite aspect of the public policy program is the room for research and internships. Through her program, Esma has the opportunity to intern with Toronto Hydro's Government Relations division and the Ministry of Immigration's Citizenship & Passport Project Delivery Office. Moreover, through her program, Esma got to publish an independent journal article on online information processing and work as a research assistant on projects, such as third-party actors' involvement in refuge-seeking and creating an animated political map of Canada.

After graduation Esma plans to attend law school. She has currently deferred her law school acceptance by a year in order to pursue a 10-month select Legislature Internship Program that hires ten interns across Canada. 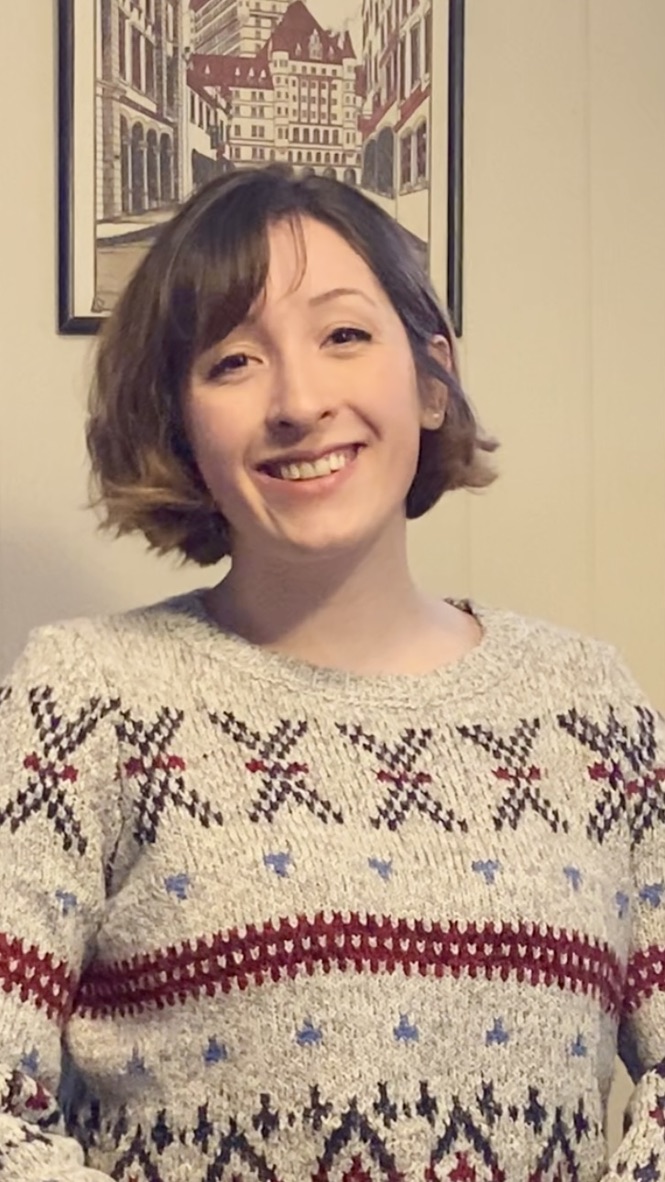 Katherine is an upcoming 2022 June graduate, completing a Specialist Program in Political Science and a Minor Program in Public Law.

Her four years at UTSC has taught her so much and allowed her to hone many skills. She notes that the courses she took at UTSC helped improve her research, writing, critical thinking, and presentation skills. Katherine states, "the content helped to broaden my perspective and improve my understanding of the world. Outside of class I have able to be a part of the Chi Sigma Xi sorority, co-found the UTSC Young Liberals Chapter, be a notetaker for AccessAbility services and contribute regularly to the Varsity Newspaper".

Katherine's favourite part of her program at UTSC was being able to learn from UofT's faculty, and explore ideas with them in class and office hours. She notes, "it is really hard to narrow down my favourite courses here, but a few that stood out to me were Professor Triadafilopoulos' PPGD68: Capstone: The Policy Process in Theory and Practice on immigration policy course, Professor Schertzer's POLD58: The New Nationalism in Liberal Democracies course, Professor Levine's POLC65: Political Strategy course, and Professor Onley's POLC59: Sources of Power: The Crown, Parliament and the People course".

After graduating this year, she will be continuing at UofT's Munk School pursuing a Master of Public Policy Degree. This summer she is also enrolled in the Official Languages Programs' Explore program and will be working as a Junior Research Fellow at the NATO Association of Canada. 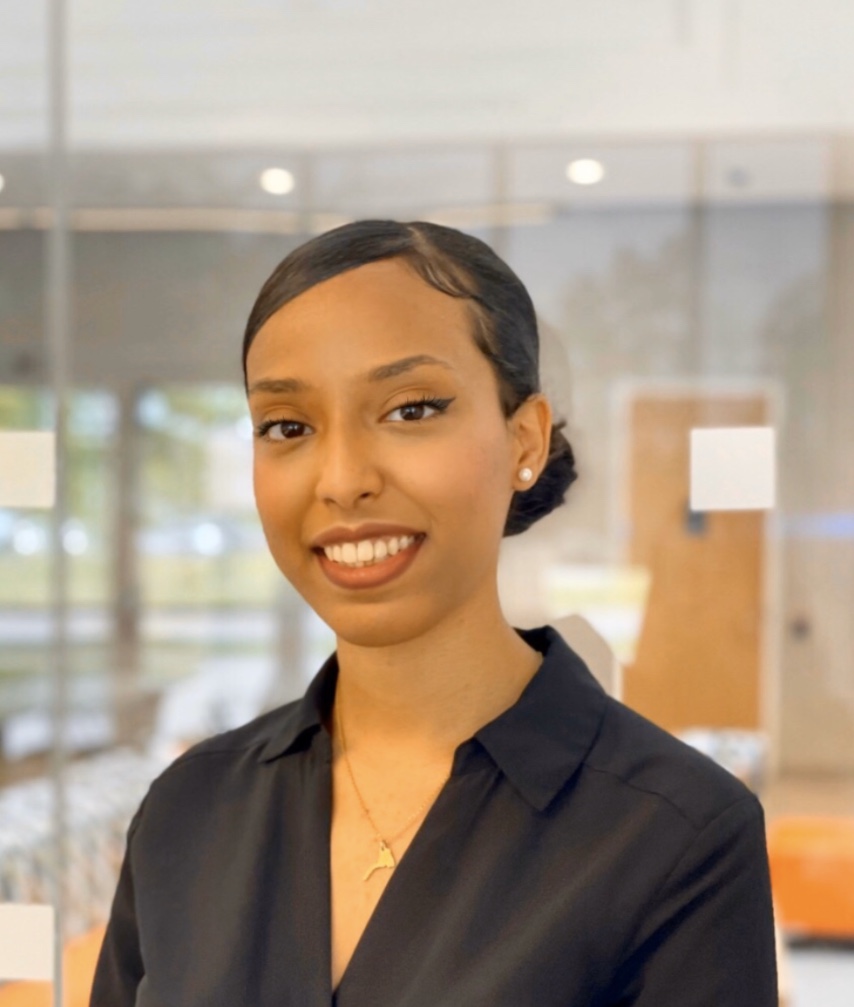 Betel is an upcoming 2022 June graduate double majoring in Political Science and Public Policy and minoring in International Development Studies. She has also completed a UofT Global Scholar Certificate.

She notes that her experience at UTSC has been rewarding and worthwhile and states, that, “the welcoming tight-knit UTSC community allowed her to interact with and learn from individuals with different perspectives and backgrounds inside and outside the classroom”.

She particularly enjoyed her time in the Department of Political Science, where she encountered great opportunities to connect with peers and faculty members and delve deeper into the field with a critical and inquisitive mind. Betel’s favourite political courses at UTSC included a great variety of international political topics and perspectives. In POLC39 with Professor Kahraman, she notes exploring the intersection of politics and law (the judicialization of politics) in Latin American countries, such as Chile and Mexico. In this class, she wrote her final paper on the judicialization of the right to health in Colombia, which she also presented at the Undergraduate Research Symposium at the Scarborough Campus Students Union (SCSU). In POLC91, Betel states that Professor Torres-Ruiz cultivated a space where students could critically think and reflect on democracy and political arrangements by exploring the work of post-colonial and non-mainstream authors from Latin America, and POLD90 with Professor Teichman sparked Betel’s interest in learning how mineral resources can be used to achieve human development in East and Southern African countries.

Within the Department of Political Science, Betel served as the Director of Publications and Editor-in-Chief for the Political Science Students’ Association. In this role, she transitioned the in-house journal ResPublica to a platform hosted by the UofT Journal Production Services and published the fifth volume of the journal. She also earned the journal recognition from the Library and Archives of Canada. Within the greater UTSC community, Betel served as the President of the African Students’ Association, where she introduced programming to support students academically and professionally, including the first-ever career and alumni panels. Under her leadership, the number of active members has grown exponentially. Betel also served as an elected voting member in the UTSC Council’s Academic Affairs Committee, a mentor in the IMANI academic mentorship program, and a facilitator at Hart House.

Currently, Betel is completing her research assistantship as a Jackman Scholar within the Jackman-Scholars-in-Residence program at UofT. She will spend her summer working as a Policy and Programs Assistant at the Ontario Ministry of Education and be applying for graduate programs in law and policy.

She encourages first-year students to get involved on campus as early as possible to maximize the number of opportunities to engage and learn from others in the UTSC community. Involvement also includes attending office hours and getting guidance from professors for the academic journey at UTSC and beyond. To become more well-rounded, Betel also encourages first-year students to enrol in a wide range of courses addressing politics in different countries and from the perspectives of indigenous people.