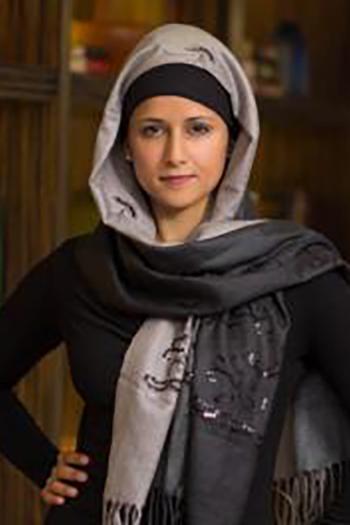 Aisha Ahmad is an Associate Professor of Political Science at the University of Toronto, the Director of the Islam and Global Affairs Initiative and a Senior Researcher of the Global Justice Lab at the Munk School of Global Affairs, and the Chair of the Board of Directors of Women in International Security-Canada. She is the author of Jihad & Co.: Black Markets and Islamist Power (Oxford University Press, 2017), which awarded both the distinguished 2017 Mershon Center Furniss Award for the best new book in international and national security, and the 2018 Best Book in Comparative Politics Prize by the Canadian Political Science Association. Her article, “The Security Bazaar,” published in International Security, won the 2017 Best Security Article Award from the International Studies Association. She has conducted fieldwork in Afghanistan, Pakistan, Somalia, Mali, Iraq, and Lebanon, and has advised both governments and international organizations on global security policies.

Please click here for an interview with Professor Aisha Ahmad

A decorated lecturer, Dr. Ahmad is also the 2018 winner of the Northrop Frye Award of Excellence for outstanding contributions to co-curricular learning and pedagogical innovation, as well as the 2018 University of Toronto, Scarborough Campus (UTSC) Assistant Professor Award for outstanding contributions to undergraduate teaching. In 2017, she was named one of Toronto’s “most inspiring women” of 2017 in Post City Magazine. In 2018, she was named the 2018 “Muslim Woman of the Year” at the Muslim Awards of Excellence (MAX) gala, which celebrates outstanding achievements by Muslim Canadians in their field. She is currently a Senior Fellow at Massey College and an Associate Fellow at Trinity College, and was formerly an International Security Fellow at the Belfer Center for Science and International Affairs at the Harvard Kennedy School.

Aisha Ahmad, “Agenda for Peace or Budget for War? Evaluating the Economic Impact of International Intervention in Somalia” in International Journal, Vol. 67, No. 2 (Spring 2012) pp. 313-331.

Aisha Ahmad, “Canada in Somalia: Learning from the Legacy of Failed Intervention” in Canada Among Nations (Centre for International Governance Innovation: Waterloo, ON), 2015.