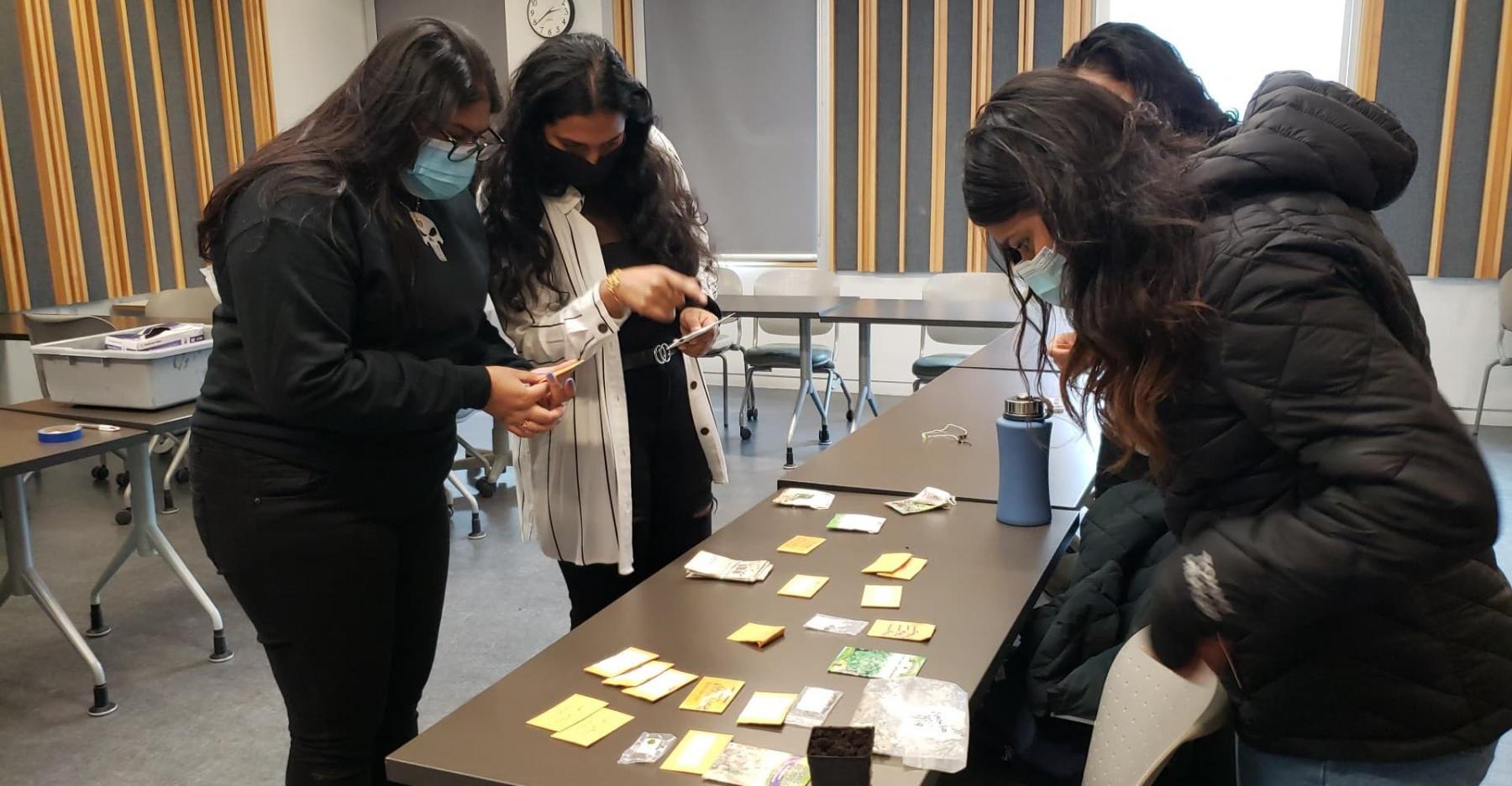 Last week students from DHS’s HLTB11 Basic Human Nutrition course braved the very un-Spring-like weather and took a field trip to the UTSC Campus Farm to support their learning about Indigenous agricultural practices and ways of doing and to expand their knowledge on how the farm supports learning and research at UTSC.

The field trip comprised two components: a visit to the farm at UTSC to see the raised beds and remnants that remained through the winter, followed by a hands-on seed planting activity in a nearby classroom. 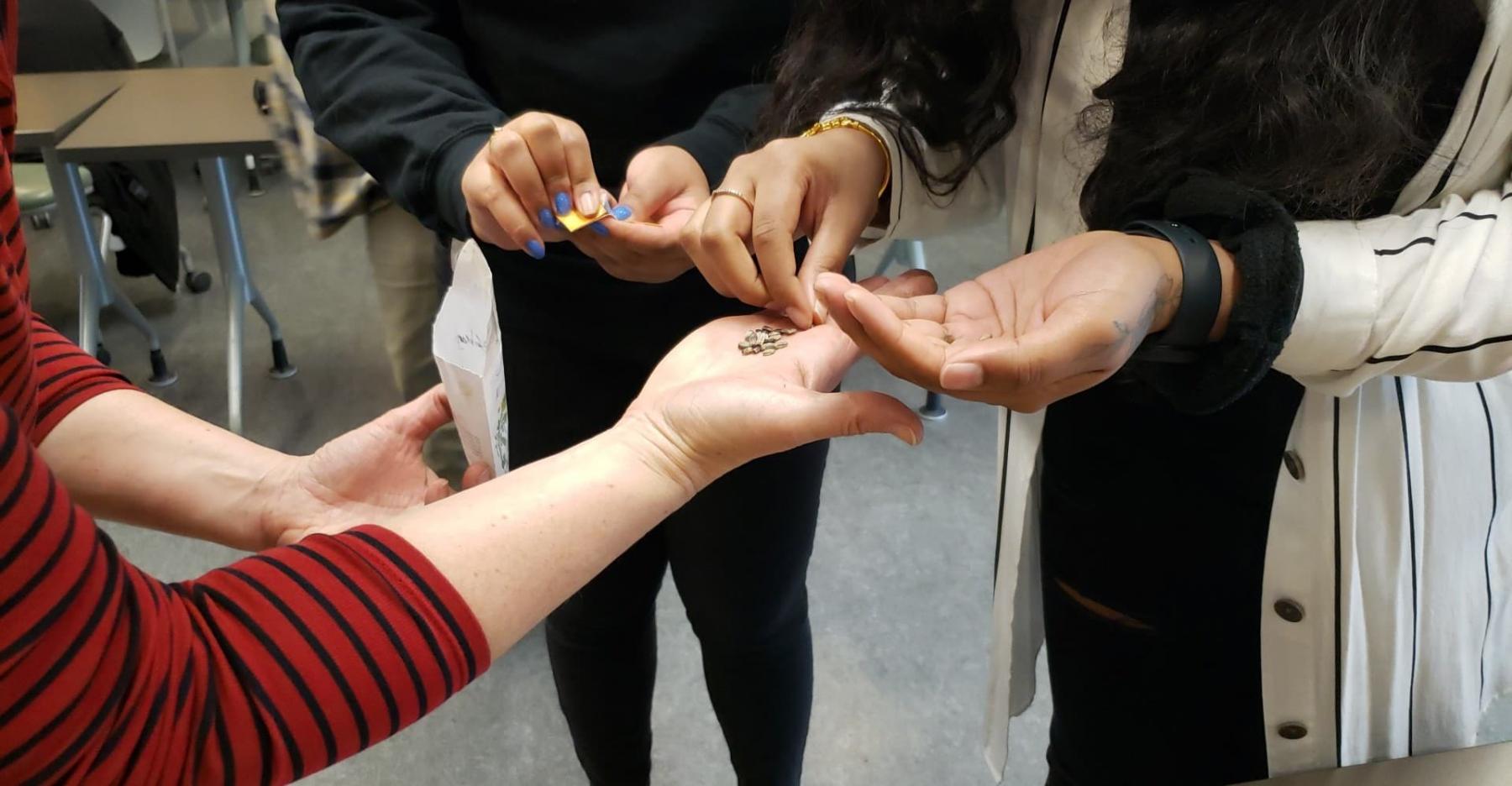 The trip was facilitated by Campus Farm Coordinator Beatrice Lego and Indigenous knowledge holder Isaac Crosby. At the farm, students learned about the plants that are typically grown there. These include traditional foods such as the three sisters, corn, squash, and beans, which all support the growth of the others. Traditional medicines were also discussed, such as tobacco, sage, and sweetgrass.

Students were also introduced to the fruit and nut tree project, and learned about nitrogen-fixing bushes such as sea buckthorn that were planted alongside the trees to help improve nutrient access. Fun facts abounded at the farm - including that pruned stems of raspberry bushes in some of the raised beds are routinely left on the soil both to help avoid soil erosion and to provide a winter habitat for beneficial creatures such as some native species of bees! In the seed planting component, students learned about clay pot irrigation and how to plant everything from spinach to tomatoes to snow peas to sunflowers and traditional Indigenous medicines such as tobacco. 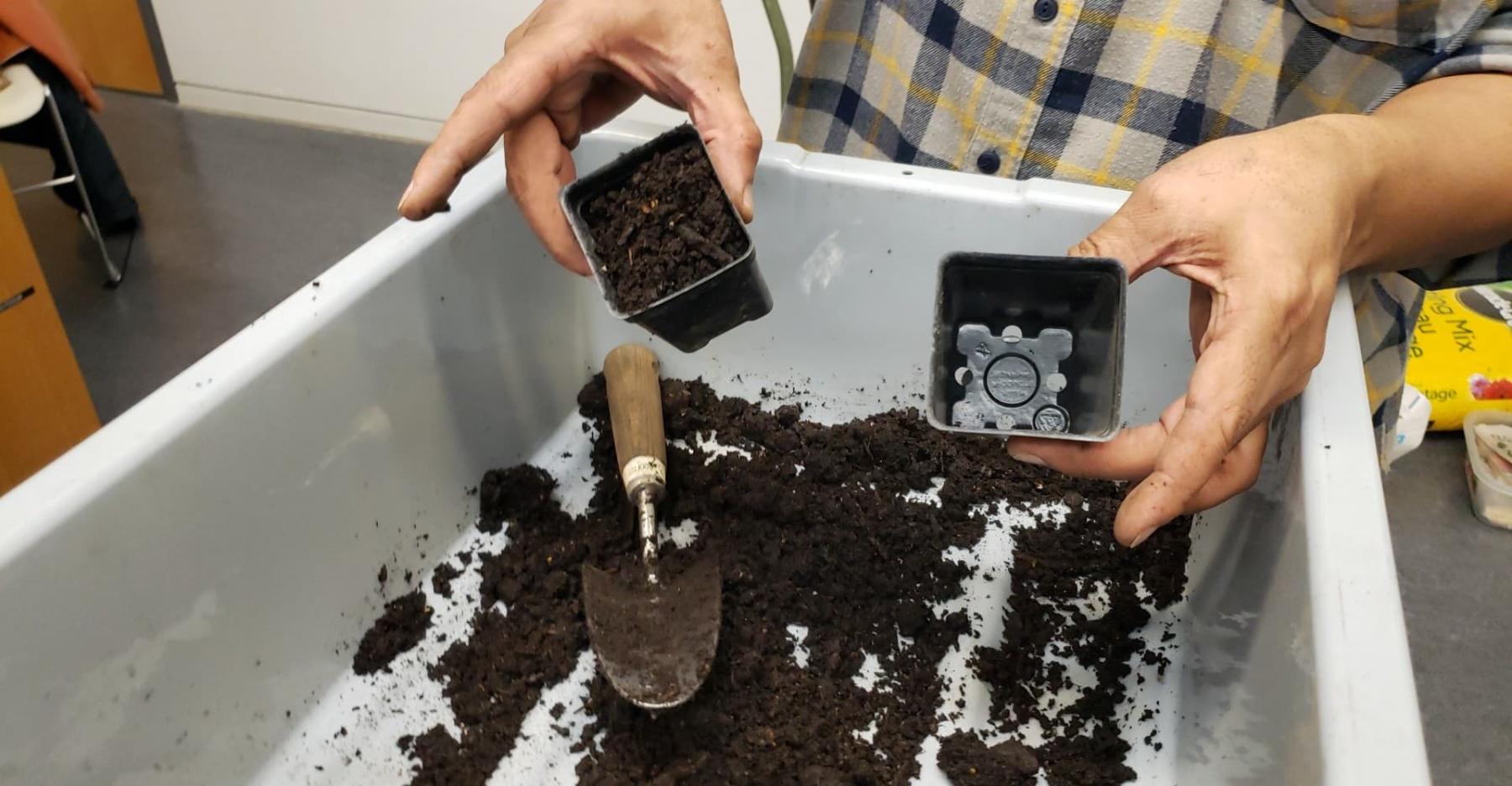 Isaac and Beatrice generously provided seeds, vermicompost, and pots so that students could bring some freshly planted seeds home to start their very own Spring gardens! Several students expressed interest in returning to the farm during the Summer and Fall harvest periods to get even more hands-on experience and contribute to the farm's programming and crops.