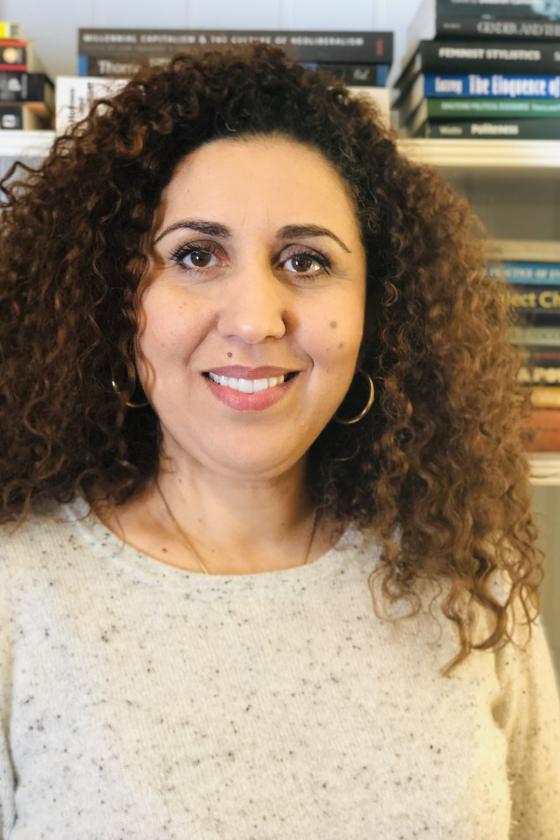 Atiqa Hachimi is a sociolinguist and Arabic specialist whose teaching contributes to the programs for Women's and Gender Studies and African Studies. Her research focuses on social and language change in the Arabic-speaking world, particularly in Morocco.

Hachimi’s first major project scrutinized the politics of migration and identity in the making of spoken Arabic in Casablanca. Most studies of dialect contact and change in urban areas have focused on rural to urban migration, but this ethnographic study centered on migration from an old urban city (Fez, dating from the 800s) to the major metropolis of Casablanca (whose population exploded with French colonial rule).

Her articles have appeared or forthcoming in a range of journals, including Journal of Sociolinguistics, Language in Society, Langage et Société, Social and Cultural Geography, Zeitschrift für Arabische Linguistik, and Perspectives on Arabic Linguistics, in addition to chapters in a number of edited volumes.

Since she started teaching at the University of Toronto in 2009, she has taught a range of courses, including on language and gender (at the undergraduate and graduate levels); sociolinguistics; language and ethnicity; language, power and persuasion; language and society in the Arab world; and women and gender in Islam.

She will be a founding affiliate of the Doha Institute for Graduate Studies, to be launched in 2015.