Professor Lambek has taught courses on medical anthropology, religion, the gift, anthropology & psychology, the body, memory, ethical life, and introduction to sociocultural anthropology. Recent assignments have included a seminar on “Writing the Family,” as well as the MA course Critical Issues in Ethnography. He has supervised or co-supervised 17 doctoral students to completion and served as external examiner for 21 others. Nine former supervisees have full-time academic jobs; three part-time academic positions; one holds a post-doc; and four work in the public sector. Professor Lambek is currently supervising six doctoral students and active on the committees of several others. He is no longer accepting new graduate students.

Michael has conducted ethnographic research in Switzerland as well as long-term fieldwork in the Indian Ocean islands of Mayotte and Madagascar. He has written on spirit possession, Islam, the anthropology of knowledge, therapeutic practice, kinship, personhood, memory, and historicity, among other topics. He is currently interested in the intersection of anthropology with philosophy and especially in articulating the moral basis of action. In 2003-2005 Professor Lambek served as President of the Society for the Anthropology of Religion. His presidential address, also delivered as inaugural lecture at the LSE, was on "Sacrifice and the Problem of Beginning." He has also delivered key-note lectures at the annual meetings of the Israel Anthropological Association and the Australian Society of Anthropology, as well as the Munro Lecture (Edinburgh), the Hawthorne Lecture (Canadian Anthropology Society), the Da Yin Lecture (Shanghai), the Geertz Lecture (Princeton), and the commemorative lecture for Roy Rappaport (Michigan). In 2019 he was honoured to deliver the Tanner Lecture on Human Values to the Department of Philosophy at the University of Michigan. The lecture, entitled “Concepts and Persons,” and followed by commentaries from three distinguished scholars, will be published by UofT Press.

In addition to the CRC, Lambek’s research has been supported by a series of grants from SSHRC as well as an early one from the National Geographic Society. He has held a one month residency at the Rockefeller Foundation Center at Bellagio and a ten month fellowship at the Wissenschaftskolleg (Institute for Advanced Study) in Berlin. Among international activities, he has served as resource faculty in a ReSET post-Soviet teaching seminar organized by the Open Society Institute in the Republic of Georgia; as Mellon faculty mentor at the University of Cape Town; on the international advisory board of the Netherlands Organization for Scientific Research (NWO) research programme on the Future of the Religious Past; and recently on an ERC (European Research Council) major grants adjudication committee. At Toronto he has co-organized the biennial interdisciplinary and international Madagascar workshop since 2004.

Professor Lambek’s books have been short-listed for the Herskovits Award of the African Studies Association, the Harold Innis Book Prize of the Social Science Federation of Canada, and the Victor Turner Prize in Ethnographic Writing. In 2019 he received the Elliott P. Skinner book award from the Association for Africanist Anthropology. He is the founding editor of the book series Anthropological Horizons: Ethnography, Culture, Theory at the University of Toronto Press (with over 55 titles) and also edits the New Departures in Social and Cultural Anthropology book series at Cambridge University Press. He has served as co-editor of Social Analysis and as editor of Hau: Journal of Ethnographic Theory; and on the  boards of American Ethnologist, Anthropologica, City & Society, Cultural Anthropology, JRAI, Africa, and Religion and Society among other journals.

Lambek has published over 50 chapters in edited books and over 50 articles in refereed journals.

“After Life,” in An Anthropology of Living and Dying in the Contemporary World (Veena Das and Clara Han, Eds. University of California Press. Pp. 629-47).

“On Being Present to History: Historicity and Brigand Spirits in Madagascar,” in Beyond History, Stephan Palmié and Charles Stewart Eds. Special section of Hau 6 (1): 317-341.

“The Hermeneutics of Ethical Encounters,” in Speaking Ethically Across Borders, Jonathan Mair and Nicholas Evans, Eds. Special section of Hau 5 (2): 227-250.

“The Interpretation of Lives or Life as Interpretation: Cohabiting with Spirits in the Malagasy World,” American Ethnologist 41(3): 491-503.

2018    Island in the Stream: An Ethnographic History of Mayotte. Toronto: University of Toronto Press.  https://utorontopress.com/ca/island-in-the-stream-2

Michael D. Jackson writes “Lambek brilliantly describes human improvisation, experimentation, opportunism, and existential mobility… What is disclosed at every turn is the creative ingenuity, imaginative vitality, and active engagement of Mahorais in their own unfolding history.”

From the back cover: The essays in this collection point with definitive force toward a single central truth: ethics is intrinsic to social life. As Lambek shows through rich ethnographic accounts and multiple theoretical traditions, our human condition is at heart an ethical one. Detailing his trajectory as one anthropologist thinking deeply throughout his career on the nature of ethical life, the essays offer a vibrant demonstration of the relevance of ethics as practice and its crucial importance to ethnography, social theory, and philosophy.

This is a book in the Hau Masterclass series. Charles Taylor writes:  “These four remarkable lectures make us aware, in different ways, of the complexity and variety of what we call ethics. . . . They masterfully demonstrate, on one side, how our ethical action is embedded in everyday life, and on the other, how our moral standards can be the object of willed and conscious historical change. . . . a path-breaking book full of fascinating insights, new approaches, and suggestive lines of research.”

Richard Werbner writes, “Lambek's tour de force needs to be read by every Africanist. Guiding us through a maze of royal wonders, great centers and their peripheries, controversial relics and their devotions, modes of homage, care and respect, Lambek offers the crowning accomplishment in his path-finding studies of mediums and spirit possession."

2013    A Companion to the Anthropology of Religion, co-edited with Janice Boddy. Boston:  Wiley-Blackwell. 567 pages. Paper edition in 2015. (original essays)

2003/4 Illness and Irony: On the Ambiguity of Suffering in Culture, co-edited with Paul Antze.     New York: Berghahn. Co-published as Social Analysis 47(2).

2001   Ecology and the Sacred: Engaging the Anthropology of Roy A. Rappaport, co-edited with Ellen Messer. Ann Arbor: University of Michigan Press. 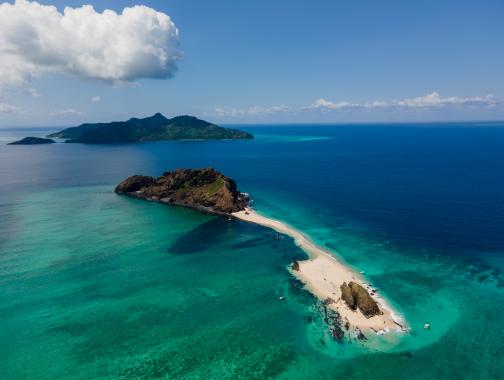