There is increasing recognition of the importance of conducting gendered analysis within climate change research. Africa features prominently in the literature on climate change as people and governments across the continent are disproportionately vulnerable to its impacts, with limited capacity to mitigate and adapt to increasingly erratic rainfall, heat stress, drought, flooding, and sea-level rise. Women and men face uneven vulnerabilities to climate change because of differences in gendered norms, divisions of labor, resource access and power relations. This presentation will report the findings from a systematic review conducted of all 260 studies published in the Web of Science on gender and climate change in Africa and offer suggestions for future research in this area. While there is no strong methodological bias found in this literature, comparative case studies and sex-disaggregated analyses predominate from a limited set of countries. Many articles covered the agrarian sector by comparing women’s and men’s on-farm vulnerability to a changing climate based on their adaptation behaviours. Though this literature recognizes women’s important conservation, farming, and food responsibilities, it oftentimes generalized these contributions without providing evidence. A number of important themes were generally missing in this literature, including research on coastal areas, conflict, education, energy, migration, urban areas, and water. Overall, more justice-oriented research is needed into the socioeconomic structures that intersect with varied social identities to make certain people, places, and institutions more vulnerable. Investigations into the power dynamics between (social) scientists and African institutions are also needed as most articles reviewed stem from North America and Europe and are locked beyond paywalls. 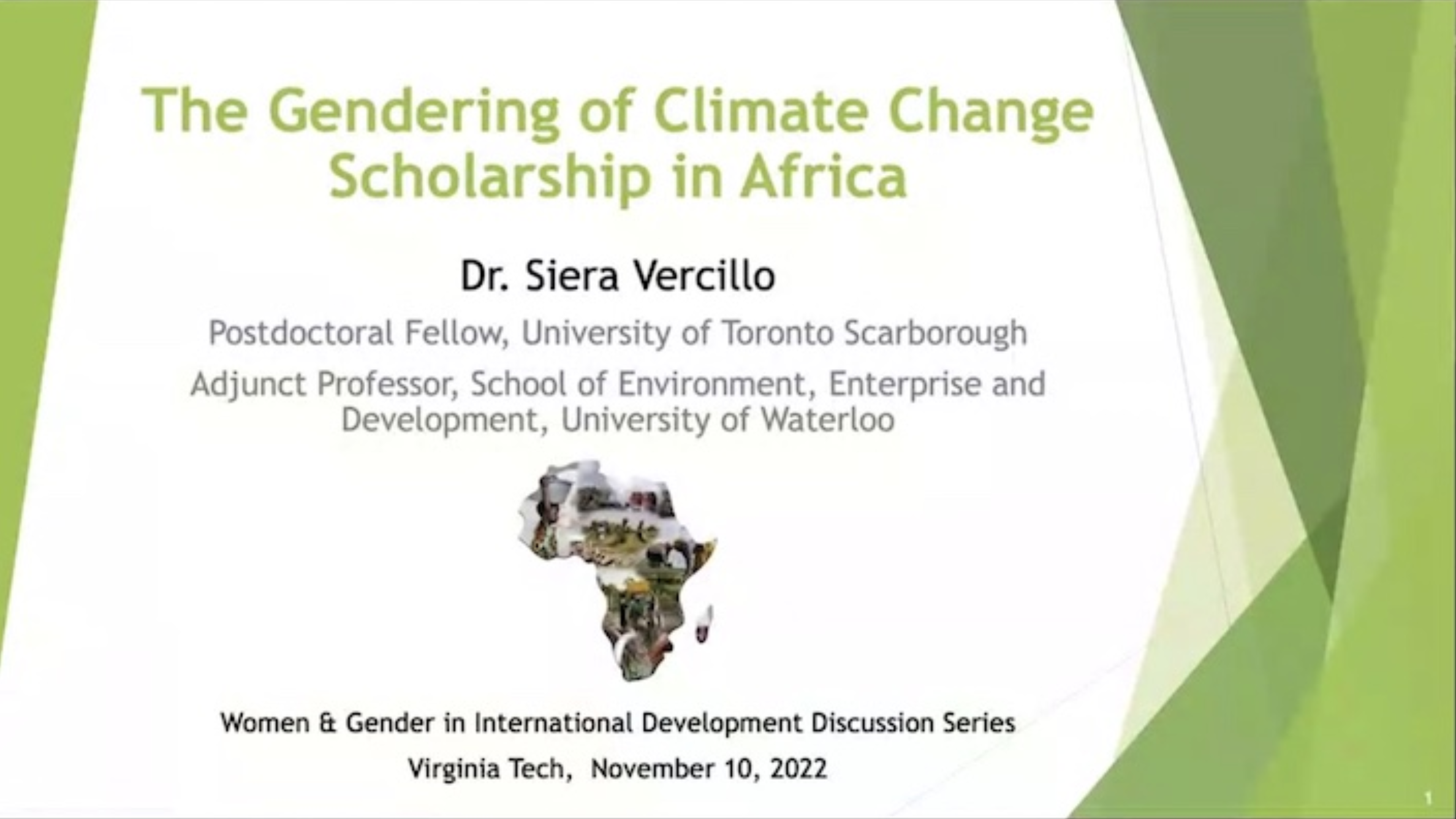