By Franzelah Gallo and Yusra Khalid

5n2 (formerly 5n2 Kitchens) is a charity organization that combats food insecurity in Toronto ,Canada, especially in the Scarborough-Guildwood area. Since its founding by Seema David in 2013, 5n2 has served over 474,000 people with culturally appropriate, freshly cooked, hot meals. 5n2 is also an important food rescue organization that prevents food waste as it repurposes surplus and unsold food inventory from businesses into hot cooked meals to nourish food insecure community members.

When founder Seema David emigrated from India to Toronto in 2007, she was astonished at the levels of poverty and food insecurity that she witnessed daily in her new country. She stated, “Scarborough is my neighbourhood and I want to serve my neighbours” (Castillo, 2019). Feeling compelled to help her neighbours in need, she founded 5n2 Kitchens as a modest soup kitchen that she ran out of her church’s kitchen. The 5n2 Kitchen name was inspired by the Biblical miracle of Jesus Christ feeding a crowd of 5,000 people with five loaves of bread and two fish (King James Bible, 2021, Matthew 14:13-21; Mark 6:30-44; Luke 9:10-17; John 6:1-15). F.G., a former volunteer, recollects that her kitchen tasks consisted of sorting and organizing the surplus boxes the kitchen received from food businesses. She also assisted with kitchen preparation work (e.g. slicing, cleaning, dishwashing), as well as assembling and packing the cooked food. With meat items, for example, she learnt not only to label, date, and freeze the packages, but to separate items such as pork and beef, in order to respect dietary restrictions and food beliefs. Her fellow volunteers included college and high school students, retired residents looking for ways to give back to the community, and others who were simply inspired by its vision. 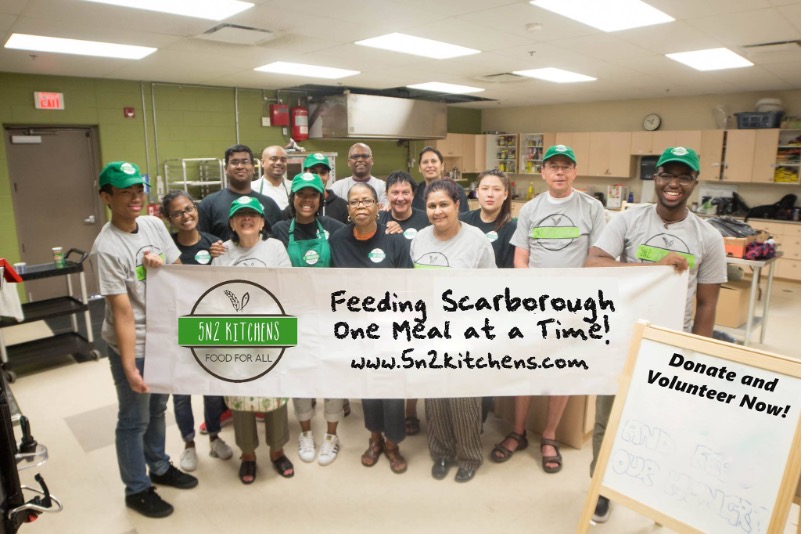 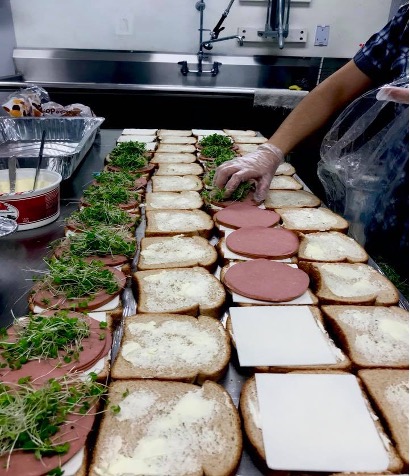 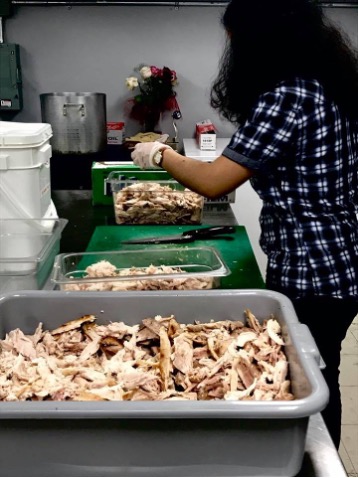 Figure 3: an “assembly line” of sandwiches.

Even before the pandemic hit Scarborough in March 2020, food security in Canada was on the rise. The City of Toronto estimated in 2020 that almost 1 in 5 households in Toronto had experienced food insecurity—the inability to acquire and consume an adequate quality diet or sufficient quantity of food in socially acceptable ways, or the uncertainty that one will be able to do so. Daily Bread “Who’s Hungry” report revealed that there was a 200% increase in new food bank clients since the start of the pandemic. During the early months of 2020, the pandemic forced many food banks and soup kitchens to close. Witnessing the devastating impact upon Scarborough residents, 5n2 not only expanded its workings to 7 days a week, but also introduced 5n2 Food Pantry to provide vulnerable community members residents with free access to fresh and dried foods. It added 5n2 Gardens, a miniature community garden for enhanced access to fresh produce, and a workshop series to teach basic technology and computer skills to seniors. Despite the health challenges that volunteers faced, 5n2 managed to expand its pandemic services to eleven separate Scarborough locations. Seema David and other chefs were serving over 3,500 meals a week in this capacity. 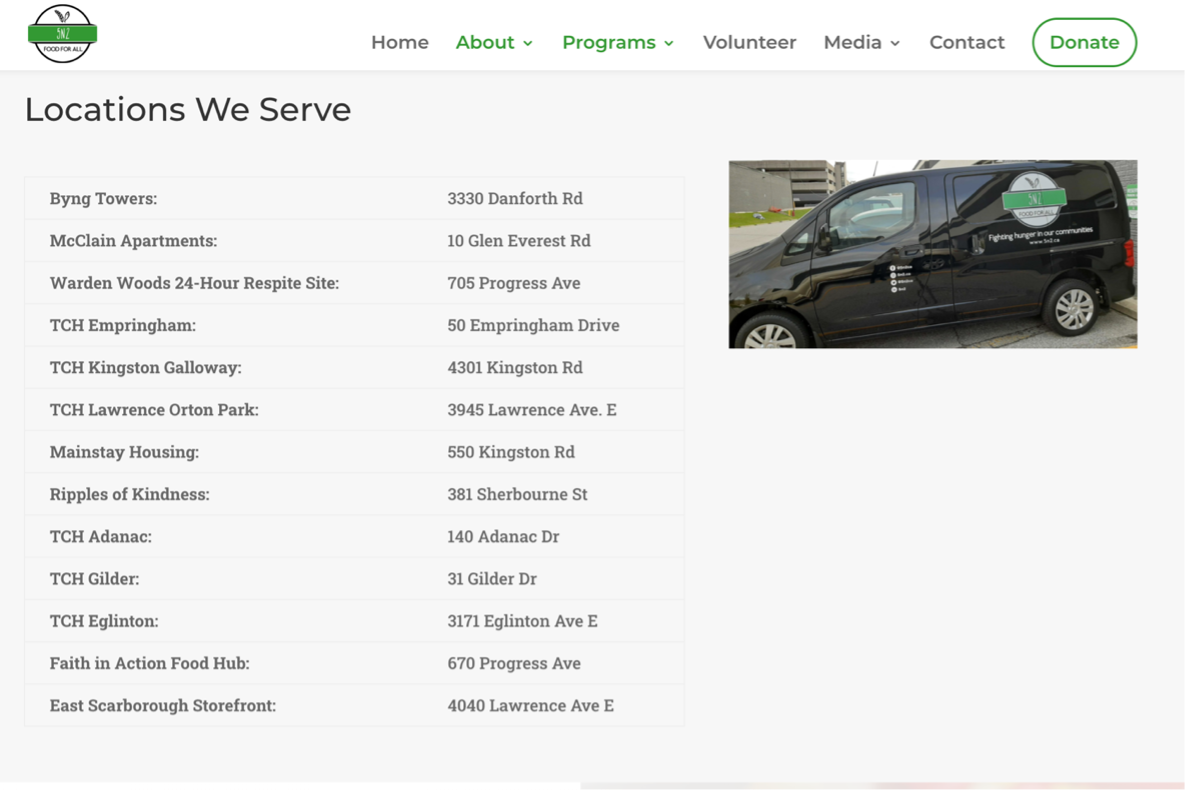 5n2 director Seema David’s dedication and efforts in feeding the Scarborough residents recently earned her the ScarbTO Urban Hero Award. Despite this recognition, 5n2, like other urban community organizations, faces considerable challenges, especially given the Greater Toronto Area’s escalating rents. After being denied a renewal of their current lease, 5n2 is likely to lose the main operating space where they prepare meals and store food. While 5n2 has the promise of a lease on a city-owned property, the private donations and grants that constitute the organization’s budget cannot cover the additional one-time infrastructural costs for the new space, which total between $800K-1million dollars. 5n2 has asked sponsors to subsidise those infrastructural costs so they can continue serving Scarborough’s vulnerable community residents and requests our readers to consider monthly sponsorships to support 5n2’s work. 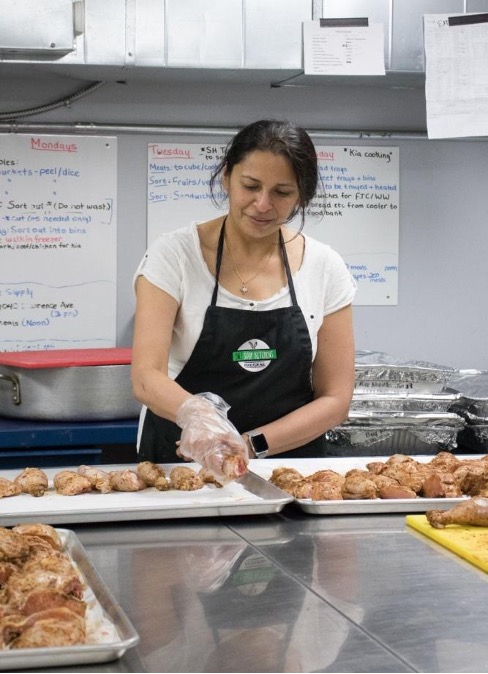 Figure 5: Seema David was named a 2020 Urban Hero in 2021 for the efforts and determination of herself and a dedicated team of 5n2 volunteers.