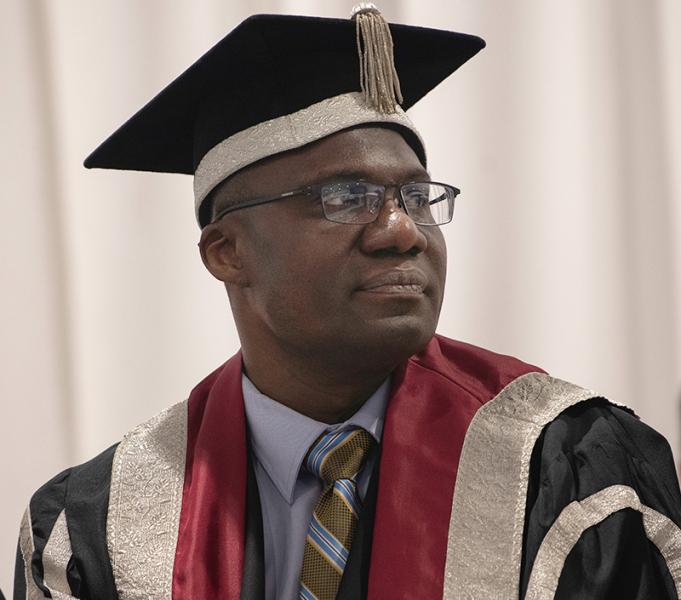 He is the author of several publications on Africa—including on the political economy of globalization and information technology; media, politics and civic engagement; African higher education; and the African diaspora. He is currently a co-principal investigator on a Social Sciences and Humanities Research Council of Canada-funded project on human rights issues for people affected by albinism in Africa. Professor Tettey has served as a consultant/advisor to various international organizations, including the World Bank, the UNDP, the Africa Capacity Building Foundation, and the International Association of Universities. He is an elected Fellow of the Ghana Academy of Arts and Sciences.
As an undergraduate student at the University of Ghana studying political science and Russian, Professor Tettey spent his third year in Moscow at the height of the significant political transformations in the Soviet Union. Soon after completing graduate work in communication studies at the University of Ghana, he came to Canada as an international student to pursue a master’s degree in political science at the University of British Columbia (UBC). He holds a PhD in political studies from Queen’s University.
Before joining UTSC in 2018, Professor Tettey was the dean of the Irving K. Barber School of Arts and Sciences at UBC’s Okanagan campus.