We use laboratory experiments to understand the basic physics of environmental flows. These experiments complement field work  by offering a controlled environment where repeatable observations can be made of  mixing and dispersion in stratified and rotating flows. Movies of some lab experiments are online at this YouTube channel. 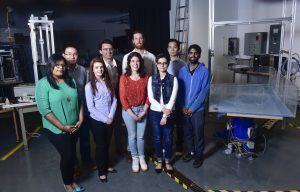 Here are links to some recent laboratory movies 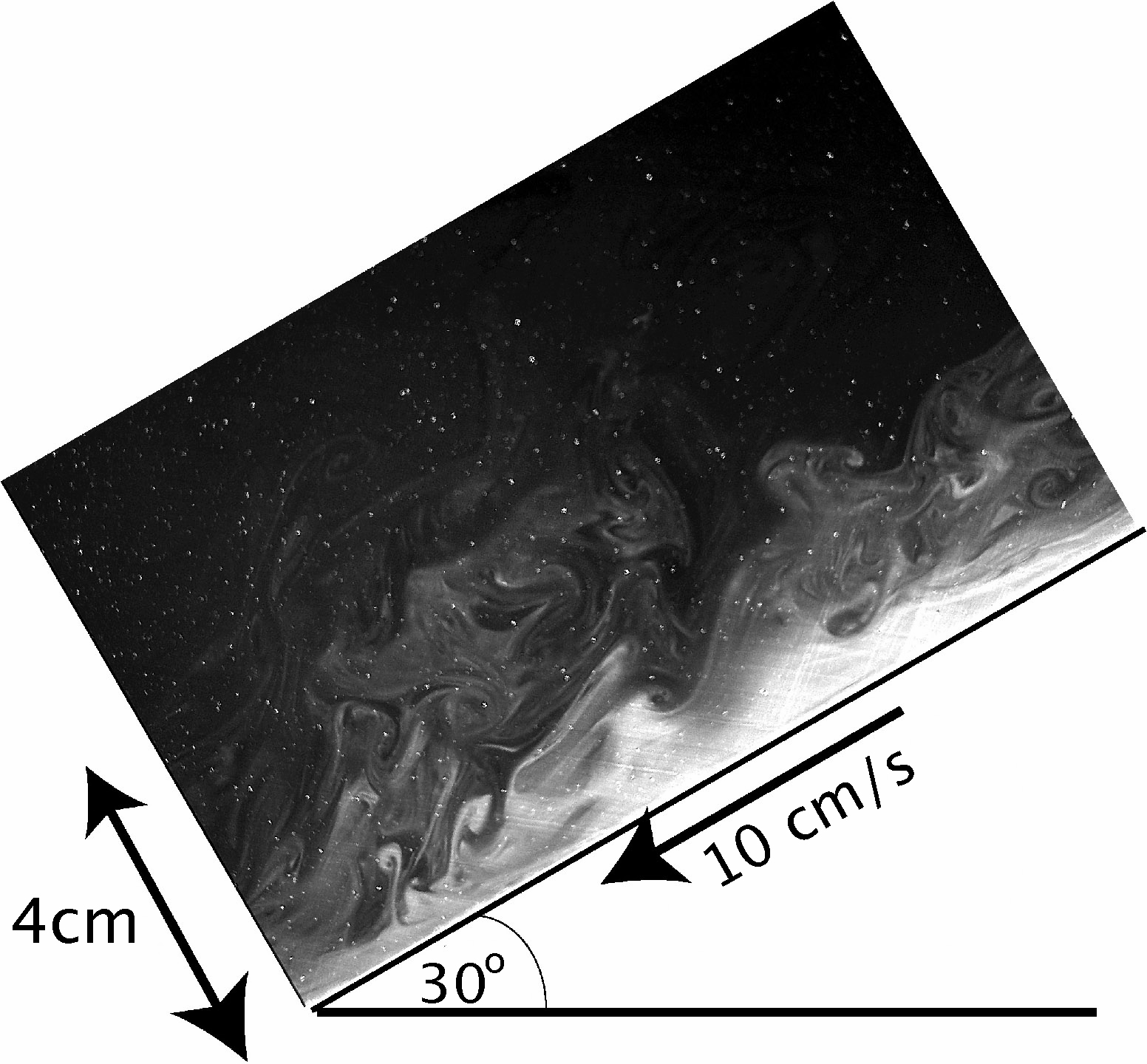 The image on the left shows an entraining density current flowing down a steep slope into a confined basin. 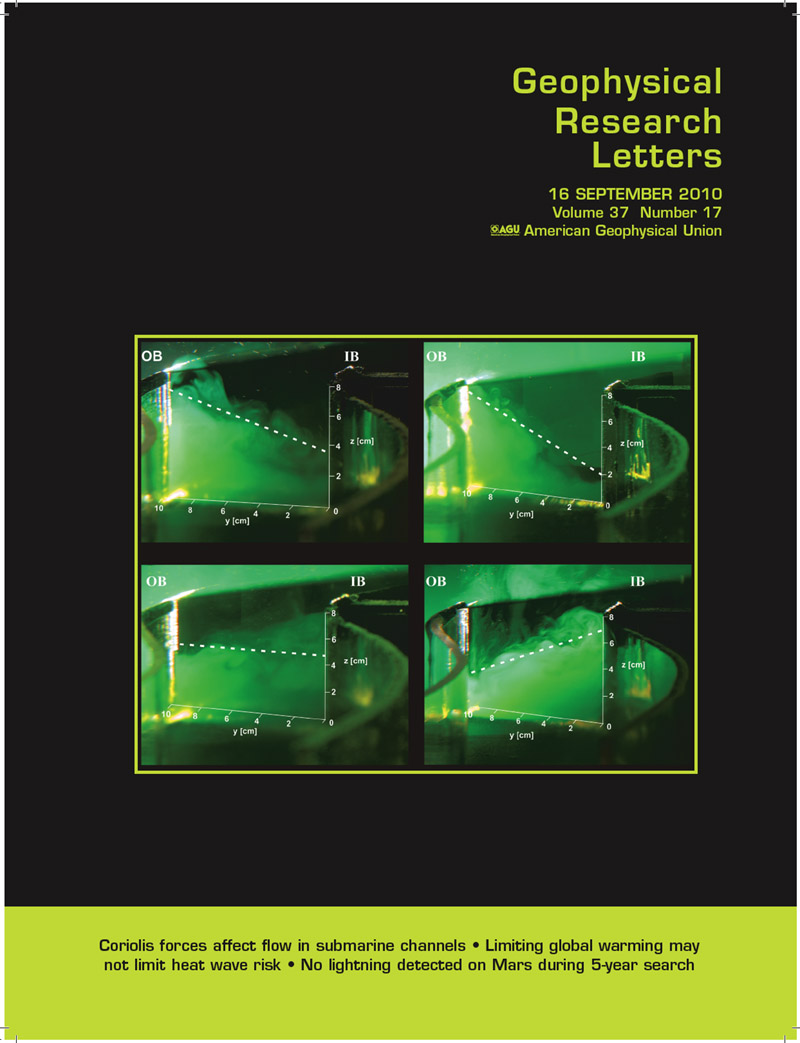 This image shows how Coriolis forces deflect a density current flowing through a curved channel. Read the article at http://www.agu.org/journals/gl/gl1017/2010GL044296/

Our rotating platform is based on a design generously provided by Karl Helrich of WHOI. It was built by the U of T Physics Department machine shop. using funds provided by the Canadian Foundation of Innovation and the Ontario Research Fund. This tablThis facility will be used to make analogue models of the influence of Corilois forces on large scale flows. 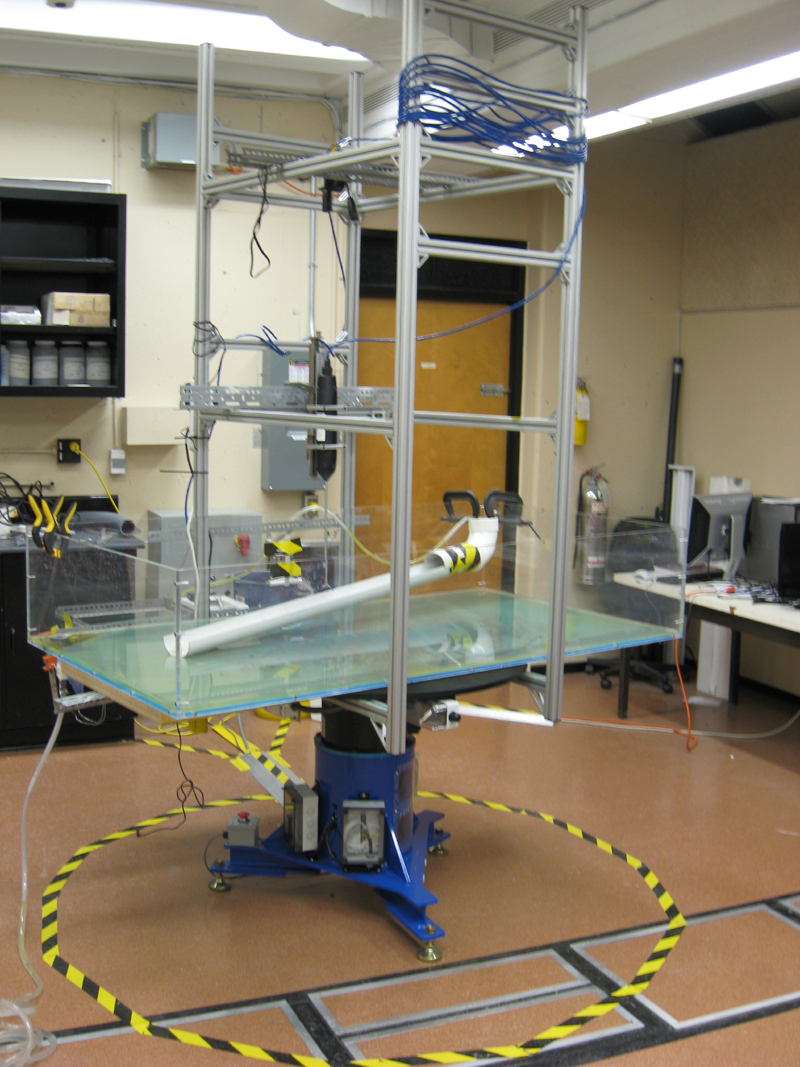 The mixing of passive tracers, such as nutrients or plankton in the ocean in often controlled by large scale eddies. I have used laboratory experiments to study such “two dimensional turbulence”.

Below are images of dipole formation as a model of tidal flushing of a coastal embayment. An oscillating flow goes back and forth through a narrow gap connecting two basins and slowly flushes fluid between the two basins. 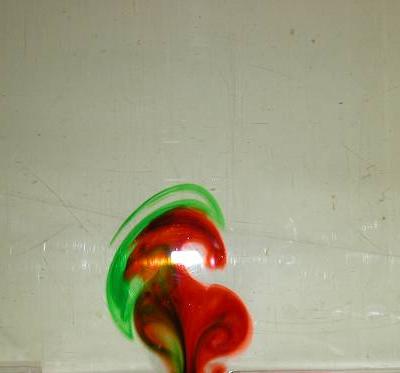 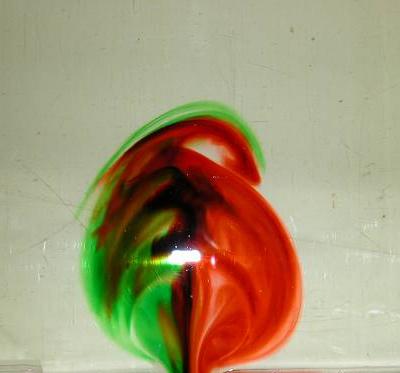 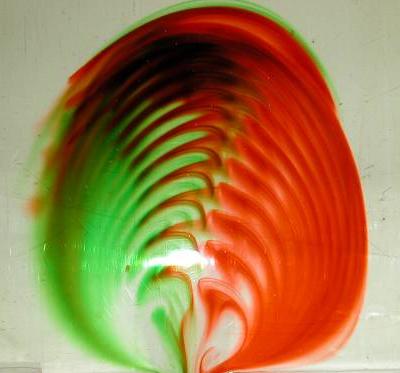 Another area of research interest is the dynamics of sediment laden flows. Below are a sequence of images taken by PhD student Remo Cossu. The images how the  propagation of a turbidity current in a laboratory experiment. 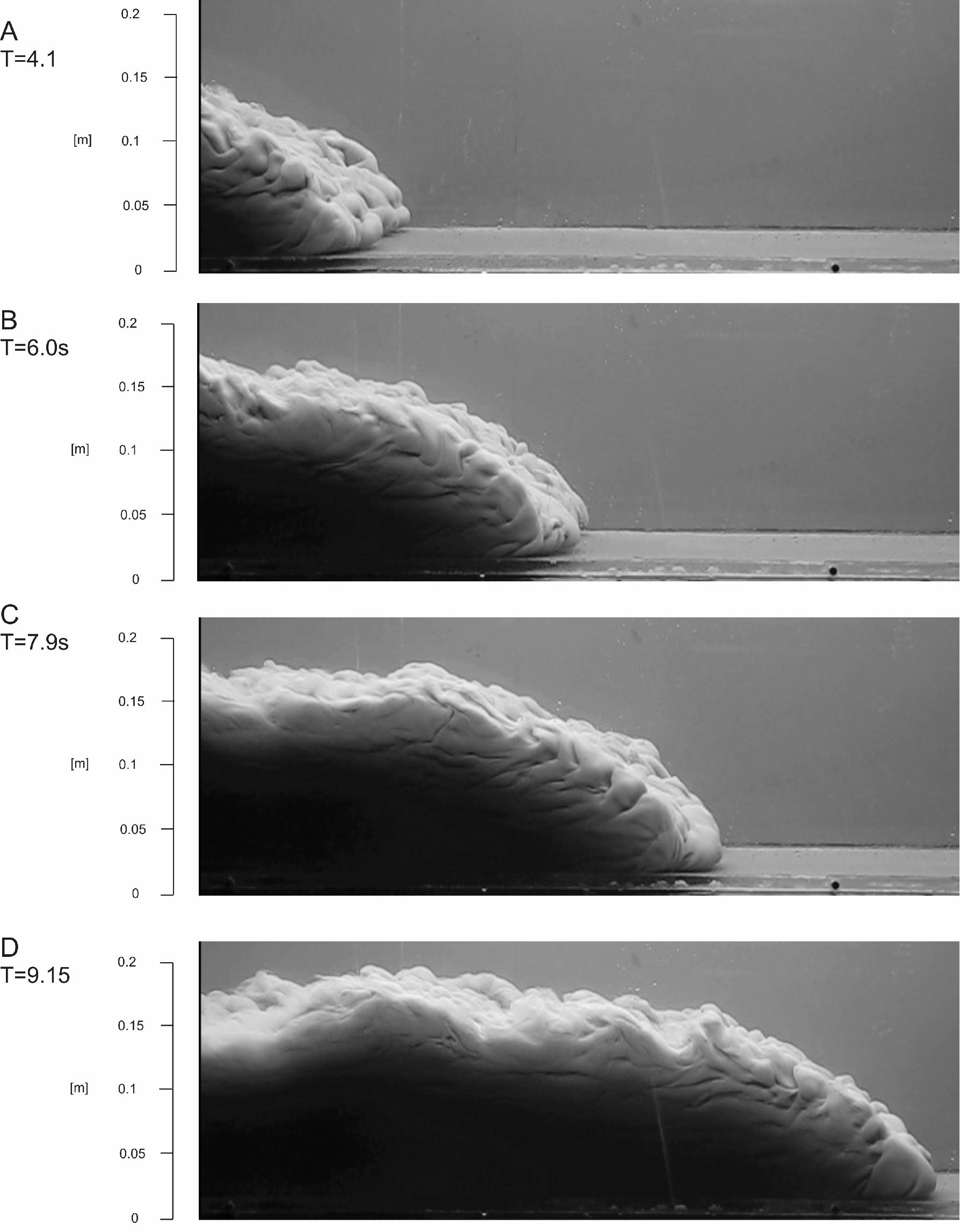