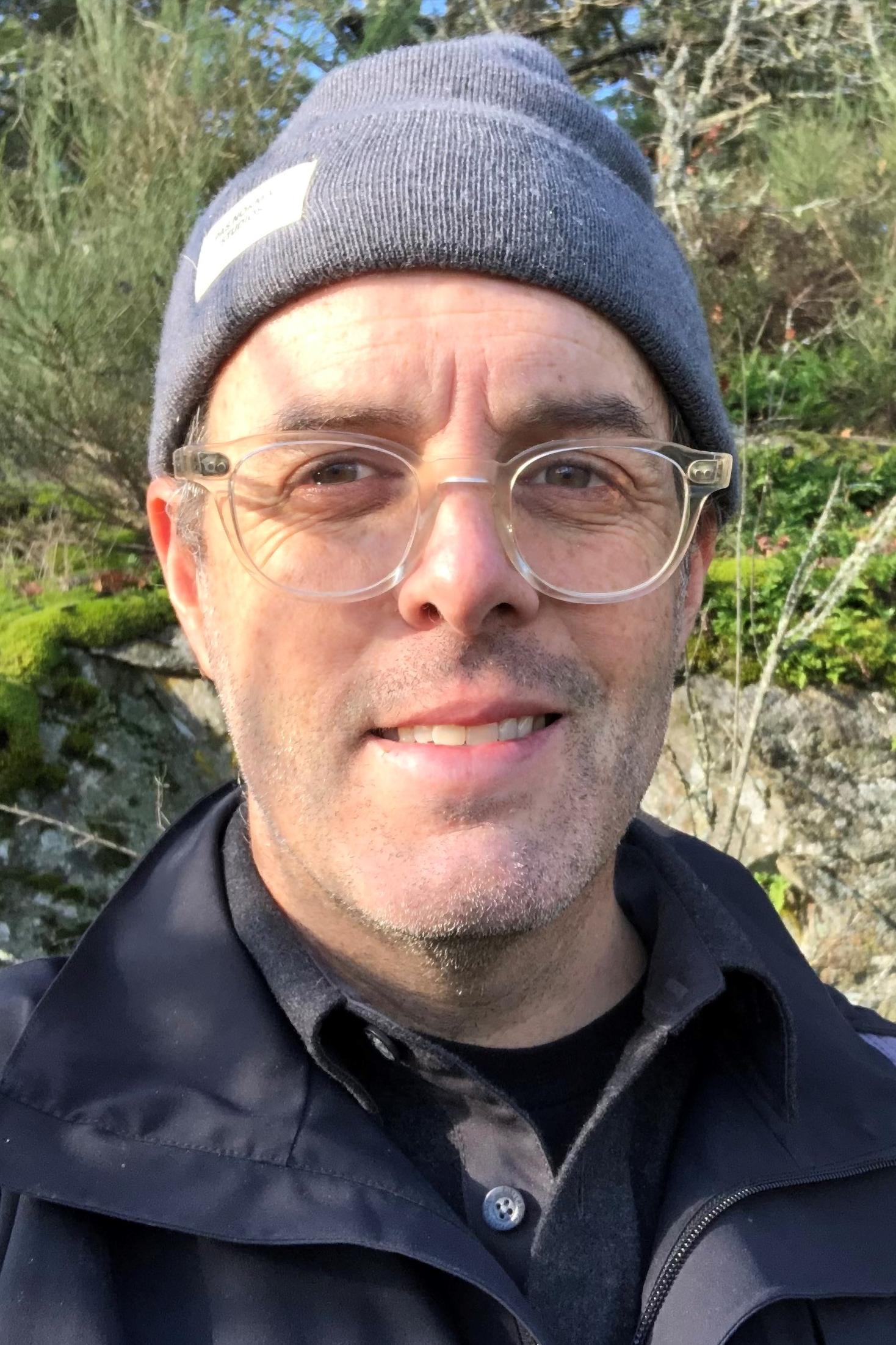 My writing and teaching are situated at the intersection of environmental and economic geography and I draw on the tradition of political ecology. I’m interested in denaturalizing taken-for-granted landscapes and understanding the social production and contestation of what we commonly refer to as nature. Like many, including my colleagues, my research is focused on a number of questions about land: who owns it; what are the layers of title (colonial and Indigenous); how does capital follow through it and transform it; how is it controlled and managed; who works on it; and how is it contested? I examine these questions through exploring the politics of forest lands and agrarian landscapes, principally, but not exclusively, in ‘British Columbia, Canada.’

Much of my teaching falls under the umbrella of political ecology and environmental geography and starts from the assumption that every form of ecological change in profoundly political and vice versa.  My courses focus on the political economy of environmental change, the relations between ‘social difference’ and the construction of ‘nature’, the cultural politics of environments, and the environmental politics and assessments of major infrastructure and resource projects.  I have increasingly focused on how deeply connected environmental issues and understandings of nature are to settler-colonial logics and relations. At the same time, I have continued to centre Indigenous scholars and their perspectives on nature, colonialism and Indigenous resurgence. This teaching work draws on my research in partnership with a number of Indigenous nations on Vancouver Island.

If you are interested in completing graduate studies (MA or PhD) with me at UofT, please note that I generally only take on one or two new students a year. I think it is important that we share research interests and approaches so please see above to get a sense of the research work I do. Should the fit be right, please send me an email and outline your research interests and background and attach your unofficial transcripts, CV and a writing sample.

Over the last number of years, I have been preoccupied with how three large public sector pension plans have come to ‘own’ a massive amount of private, yet unceded, forests land on Vancouver Island, the territory of numerous Coast Salish and Nuu-Chah-Nulth nations.  This project traces financial ownership in the 21st century back to industrial ownership in the 20thcentury, and further back to a huge land grant in the 19th century to a rail company. The project looks at the opposition of Indigenous nations to private ownership and the state over that arch of time, asking questions about how the nations have maintained a presence on the land and how they have challenged large forest landowners and the state.  The work also explores the envisioning of Indigenous-led governance of unceded, yet private land, and possibilities for reparations.

This research is being undertaken with Estair Van Wagner (York University), Sarah Morales (University of Victoria) and Robert Morales (Chief Negotiator for the Hul’qumi’num Treaty Group) We are investigating the relationship of Aboriginal title and Indigenous property regimes that exist alongside of fee simple title and forest land in Canada and in relation to the extremely large parcels of private forest land owned by institutional investors. While we critique the colonial history, legislation and private property regimes specific to forest land on Vancouver Island, we seek to fill the space opened up by our criticisms with an Indigenous vision of co-governance, rights, title and Hul’qumi’num legal traditions. More information on this project can be found here.

This research also investigates the environmental, social and political economic effects of the financial  flows into forest lands in BC and asks how they might function as a socio-ecological fix, one that is closely tethered to the settler-colonial dispossession of Indigenous land in the province. This part of the project is somewhat specific to my interests and is an attempt to ground debates on the socio-ecological fix through a concrete examination of how waves of capital invest in biophysical landscapes and the ongoing resistance to such outlays. This work builds on a collaboration with my colleague Scott Prudham through which we’ve tried to build a theoretical account of the political ecology of ‘fixes’ to crises.

Research materials, mapping work and commentary from this project were included in a formal submission for a Ministry of Forests, Lands, Natural Resource Operations and Rural Development review of private forest land regulations in the province, which I wrote with R. Morales, S. Morales, Van Wagner and Charlene Higgins (First Nations Forestry Council).  My colleague Glenn Brauen and graduate students Tian Lin and Saman Goudarzi have helped immensely with the quantitative and mapping work.

The Antinomies of Non-Waged Work on Organic Farms

I have also investigated the role of non-waged labour (e.g., un-paid interns and apprentices) on small- and medium-scale farms in Ontario, while also focusing on broader national trends. This project has been undertaken with Charles Levkoe from Lakehead University. This research investigates how land markets, agricultural policies and corporate/industrial provisioning of food has driven practitioners of alternative agronomy (e.g., organic and agro-ecological farming) toward the use of unpaid workers.  In doing so, producers seek to produce food via ostensibly more socially just and ecologically sound farming practices while at the same time selling their agricultural and food products at competitive prices.  This research draws on a long lineage of scholarship in agrarian political economy, including engagement with the so-called ‘agrarian question’ and debates about the social relations of production in agriculture, and more broadly the trajectories of agrarian and agro-food sector development.

Writing and working publicly, with research participants and policy makers in mind, has been a key part of this project, resulting in numerous blog and newsletter/magazine publications that have been re-published by various farm and food organizations. I co-organized (again with Levkoe and Jillian Linton, a graduate student) a workshop focused on non-waged farm work that brought together academics, interns, farm workers, farmers, lawyers, and non-profit organizations. The workshop led to a report titled Ecological Farm Internships: Models, Experiences and Justice, which I co-edited with Levkoe. Most of our writings related to this project can be found here: www.foodandlabour.caOpens an external site in a new window .

For a decade now, I have engaged with and written about the work of Italian theorist Antonio Gramsci.  My research in this area has explored how Gramsci’s work might inform debates in environmental geography and political ecology.  Despite his formidable presence in many disciplines, Gramsci has been conspicuously absent in debates in political ecology, the political economy of environmental change, and the cultural politics of nature. I’ve suggested that Gramsci’s work can further critical understandings of nature and society and debates on the governance of environmental landscapes. I have co-edited (with Alex Loftus and Geoff Mann) a special issue of Geoforum investigating Gramsci’s bearing on political ecology, and co-edited a book, titled Gramsci: Space, Nature and Politics, with Gillian Hart, Stefan Kipfer and Loftus.  This collection investigates Gramsci’s relevance to debates on space, nature, politics and difference in geography and allied disciplines such as environmental studies.

Although my scholarship is not directly focused on Gramsci at this time, his particular relational and open approach to historical materialism has continued to inform my writing and in particular my investigation of socio-ecological fixes noted above.

Pre-publication versions of many of my articles are available on TSpace (https://tspace.library.utoronto.ca ), the university’s institutional research repository.  You can search for my name there.  If there is another piece you are looking for, please contact me or check here: https://www.greatlandgrab.com under ‘Our Writings’.