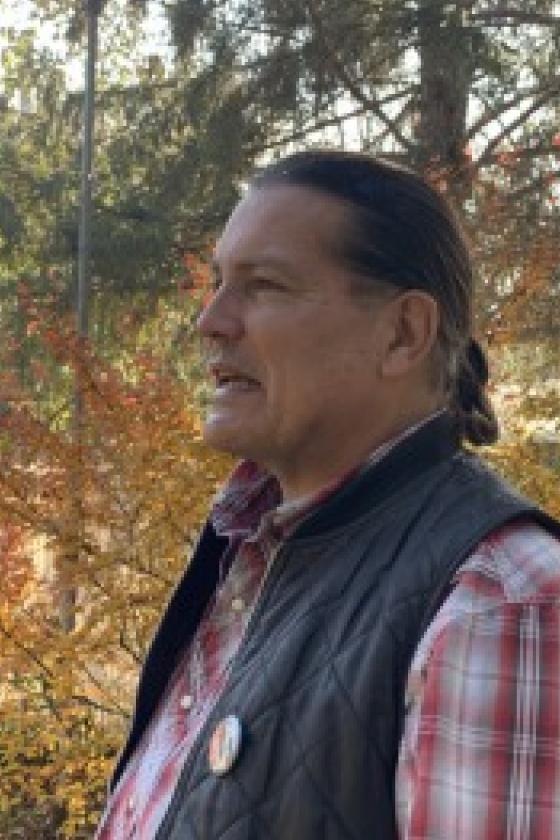 Randy Lundy is of Cree, Irish, and Norwegian descent. He is a member of the Barren Lands First Nation in Brochet, Manitoba. Randy was born in the mining community of Thompson, Manitoba, and after a brief time living in Quesnel, in the Cariboo District of British Columbia, he was raised in and near the logging community of Hudson Bay, in the parkland region of east-central Saskatchewan, where he lived a short walk from the confluence of the Fir, Etamomi, and Red Deer rivers.

Randy has published four books of poetry, in addition to publishing individual works of short fiction, literary non-fiction, and academic essays. His poems have been widely anthologized, in Canada and abroad, including in the seminal texts Native Poetry in Canada: A Contemporary Anthology (Broadview) and An Anthology of Canadian Native Literature in English (Oxford UP). His teaching and research interests include Indigenous poetry and drama; personal and aesthetic interests include Ch’an Buddhism and Existential philosophies.

Field Notes for the Self. Regina: University of Regina Press (Oskana Poetry & Poetics), 2020.