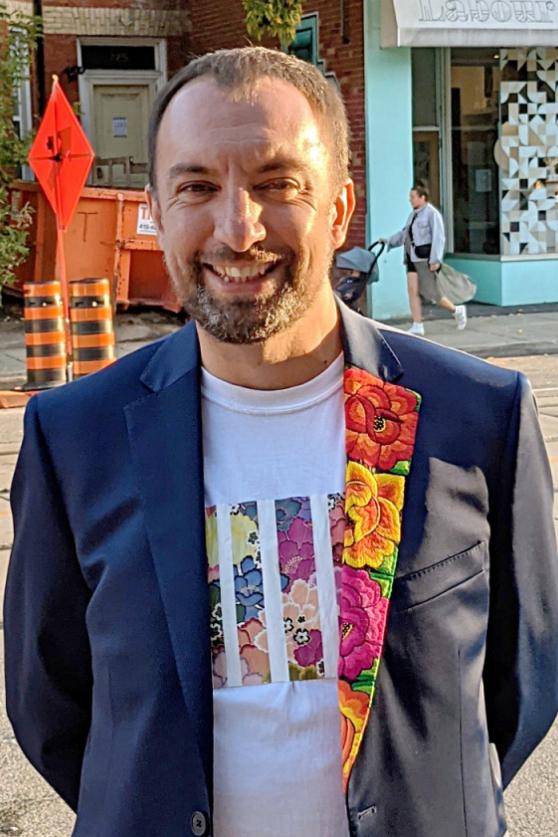 Francisco (Paco) Estrada was born in Toluca, deep in the heart of Mexico. Shy and curious as a small child, he took an early interest in computers and programming that eventually led to a Bachelor's degree in computer engineering at the Instituto Tecnologico de Monterrey (ITESM). Upon graduation, Paco joined EDS where he worked as a systems engineer helping save the world from the Y2K meltdown. Having visited UofT during a trip to Toronto, he decided it was time to leave home and see the world. He joined the Computer Vision group at the University of Toronto in 1999 where he completed a Master's degree and a Ph.D., and carried out an extensive sampling of the food offerings around the University campus. In 2005 he joined the Centre for Vision Research at York University as a postdoctoral fellow. There, he continued to study the problem of segmenting objects from their background on complex images. Paco then moved to the Ecole Polytechnique Federale de Lausanne (EPFL). There, he participated in a European initiative for on-line information aggregation and processing. After a year working at a high-technology startup in Toronto, Paco joined UTSC as a full-time lecturer in the department of Computer and Mathematical Sciences. There he strives to make learning interesting and crunchy for his students. Paco's hobbies include photography, cooking, squash, and sampling the wide variety of wonderful food Toronto has to offer.