We’ve all faced tough decisions when choosing a place to dine out – How good is the food? How far do I need to go? How busy will it be? A new study suggests that these sorts of concerns aren’t solely a human phenomenon.

UTSC Anthropology professor Julie Teichroeb’s lab recently published a study analyzing the factors that vervet monkeys take into account when foraging for food. These include quantity and quality of food, distance, how difficult the food is to obtain and how good they are at acquiring it, as well as competition from other monkeys.

The study used an experimental approach to investigate how social context impacts wild vervet monkey (Chlorocebus pygerythrus) foraging decisions by baiting five platforms in a pentagon array, four with low-quality corn and one with a high-quality banana in a box where it was difficult to acquire. The research group ran over 1,000 trials and observed the behavior of the monkeys as they gathered food. The monkey group studied was a 44-strong troop living near Lake Nabugabo, in Uganda. 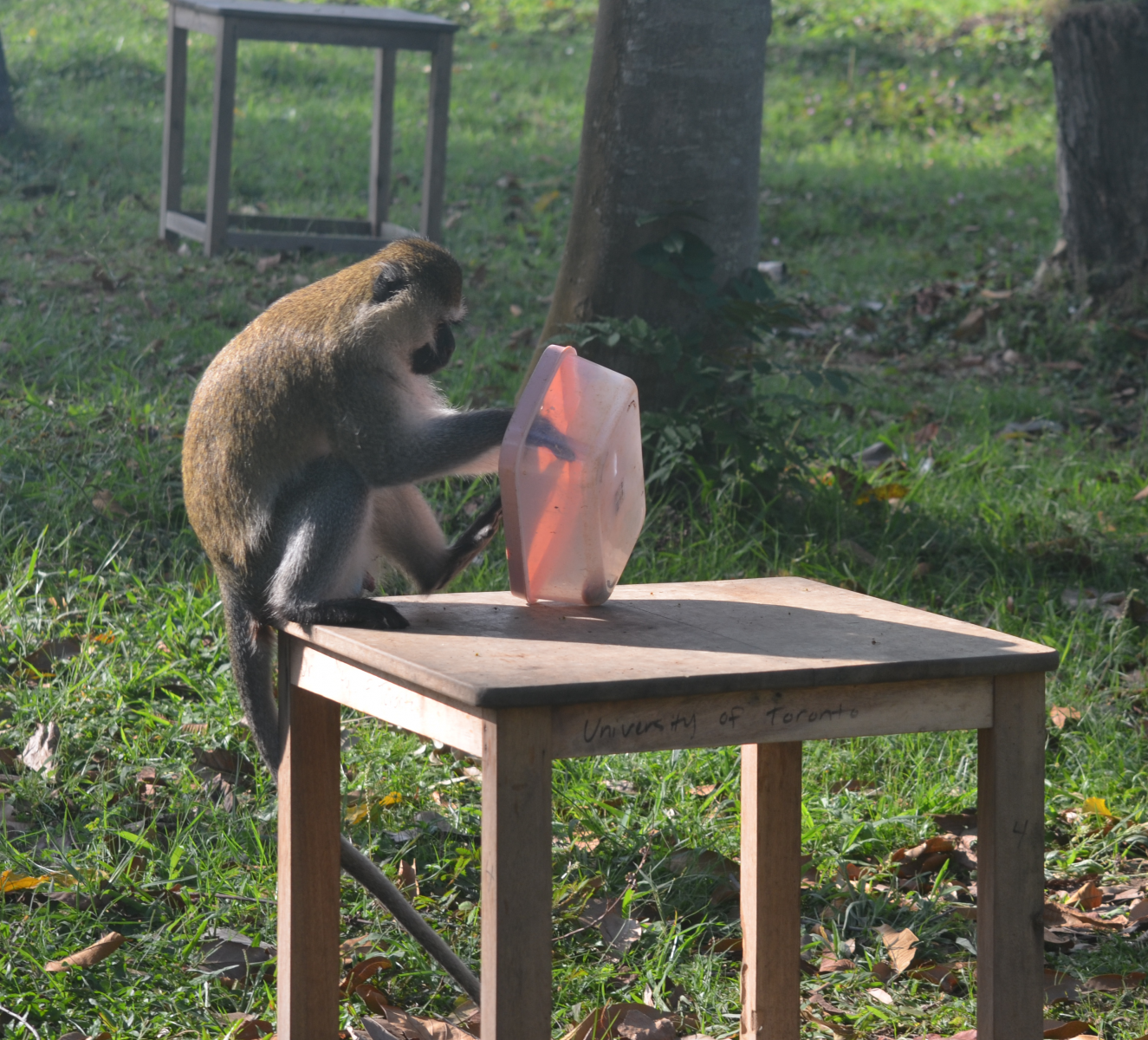 The researchers found that when monkeys foraged alone, they usually took the path that minimized travel distance, taking their time and systematically working their way from platform to platform, but when there was competition from other monkeys, they prioritized the preferred-food platform, rushing straight for it to attempt to grab the much-desired banana.

A further factor the monkeys considered was how skilled they were at retrieving the banana from the box. More skilled monkeys felt they were able to take their time, making other stops along the way, while the ones who found the task a challenge would rush to the banana platform to attempt to get at their preferred treat before they were displaced by a competitor with higher social status.

Of course, the higher status monkeys were able to eat at whichever platform they wanted at any time. The findings suggest that lower-ranking individuals, who experienced high contest competition at the foraging experiment, calculated the risk of being displaced by a dominant competitor when making foraging decisions.

“Individuals of different rank do different things when they’re in competition,” noted Prof. Teichroeb. “This is the first time we really recorded and paid attention to the composition of their audience at our foraging experiments, who was watching and how far away they were. It turns out the monkeys are also paying attention to that, changing their path to get more food when dominant competitors are far away but rushing to their favoured food when they are near. So, they’re taking into consideration the distance they have to travel the food, its quantity, quality, and handling time, as well as who their neighbours are, where those neighbours are, and how fast those neighbours could displace them. And then it also turned out that they changed their decisions as they got better at getting the banana out of the box.”

“In previous studies, we have also found huge variation in which individuals complete our foraging arrays most efficiently and which do not,” added Teichroeb. “We think there’s a lot of inter-individual variation in planning ability. We have some very smart monkeys who made smart decisions to not take a long path, and some who never figured out the best way to do it. This suggests that some monkeys are better at planning than others, just like humans.”